COLUMBIA, S.C. — The question drew a look of incredulity from RJ Barrett and Zion Williamson. The pair, perched on a podium in front of a gaggle of reporters after Duke’s first-round win against North Dakota State, was asked if the players had developed a strong rapport, in part, because they were both left-handed. They’ve been asked just about everything this season, but this was a new one.

Barrett was stone-faced, leaning toward his microphone to offer a monotone response, something that would suggest that, yes, he’s taking the question seriously — “It’s great being left-handed!” — and, no, it would not make for a good sound bite.

Williamson, meanwhile, donned his big, wide grin, offered Barrett a knowing glance, rubbed his hand over his face and supplied his rejoinder.

“It makes the connection deeper,” he deadpanned. Ladies and gentlemen, the comedy stylings of Barrett & Williamson!

Amid the insatiable machine that is Zion-mania, Barrett seems to relish the role of straight man — the understated star who might be the second-best player in college basketball but is definitely not the main attraction.

Then, there’s Williamson. He understands the circus is a bit much, but if he’s going to be center stage, he might as well have a little fun with it. He’s thoughtful, funny, outgoing and charming. His comments would be replayed ad nauseam whether they were interesting or not, but usually he’s got a line or two worth building a headline around.

“They genuinely want each other to do well. They’re each other’s biggest fans. I hope it stays that way for life.”

Start digging for any other similarities between the two and they’re tough to find.

Barrett grew up in Canada; his godfather, Steve Nash, was a two-time NBA MVP, and his father, Rowan, was an 11-year pro and is assistant GM and executive vice president for Canada Basketball.

Williamson is from Spartanburg, South Carolina, an Instagram celebrity who says his goal is to put his home state on the basketball map.

Barrett is long and lean, smooth around the basket and dangerous in nearly any role. His nickname, the Maple Mamba, is a nod to the guy whose game his most resembles, Kobe Bryant.

Williamson, meanwhile, is a mountain of muscle, a physical impossibility in basketball who manages to bowl over or bust through defenders. Syracuse coach Jim Boeheim has described him as a more athletic Charles Barkley.

Barrett’s the player who arrived as the nation’s top recruit, a refined product ready for the NBA, a scout’s dream. But he has taken a back seat — both in the public eye and on draft boards — to his teammate. Williamson was the aberration with the highlight reel of astonishing dunks. There had been questions about how his game would translate in the NBA, whether those dunks were the only trick in his repertoire; yet, this season, Williamson has unspooled a wealth of wizardry that has made him the clear No. 1 overall pick in June’s NBA draft and elevated him into the conversation as the greatest college basketball player in a generation.

Despite all the lines of demarcation between the Blue Devils’ two superstars, “we bring the best out of each other,” Barrett says.

“Neither of them really care about the outside stuff, and they don’t let it come between their friendship,” fellow freshman Tre Jones said.

Still, the “outside stuff” is ever present. Barrett and Williamson are stars. Duke is a college hoops tradition vying for its sixth national title. It’s enough to consume the best of intentions. But maybe that’s why this friendship has really blossomed. Because there is one other thing Barrett and Williamson have in common: the spotlight.

Watch Duke’s dynamic duo before tipoff and it’s easy to see where the characterizations come from.

Barrett, with his head tilted downward and eyes looking upward, has a stone-cold, icy glare. He’s all business.

Williamson sports a wry grin and boundless energy. He looks like his coach just told him the whole team’s going for ice cream after the game.

But get Barrett and Williamson off the court — in the dorm they share on East Campus or in the locker room after practice — and there is complete ease.

“They’re more similar than you’d imagine,” teammate Javin DeLaurier said. “Around us, they talk in this weird dialect-language. When they’re together, they’re trouble.”

Zion Williamson and RJ Barrett are on pace to be the first freshman teammates in Division I history to both average 20-plus points per game. Duke is plus-493 in scoring with both on the floor, and plus-1 when both are off the floor.

When Williamson was asked last weekend about building his brand, he laughed off the suggestion. Yes, his brand is valuable already, but it’s not a formula created by a marketing guru. It’s just who he is, bubbly and outgoing. Barrett’s that way, too, but the persona doesn’t always translate. For him, there’s a line between the locker room and the court, between public and private, and a part of his personality remains steadfastly on one side.

And while Barrett doesn’t seem to mind being upstaged by Williamson’s enormous celebrity, he’s a little offended that Williamson is characterized as the funny one.

“I’m mad goofy,” Barrett said. “I might be the goofiest person on the team. I’ll laugh at anything.”

No, seriously. Mad goofy. Who knew?

Back in August, before a season’s worth of ups and downs had solidified their friendship, Williamson dunked. Not just any dunk. The dunk. Duke was working out in Canada, Barrett’s home country, and Williamson played up the moment, erupting from the free throw line and finishing with a thunderous slam. The video, unsurprisingly, consumed social media.

Most PPG by Freshman in ACC History

To hear Williamson tell it, Barrett had executed a matching dunk a few plays earlier, but the response wasn’t the same. The world wanted Zion, and he didn’t like it.

“I didn’t want to be the guy to take light away from other players,” Williamson said. “I said, when people started giving my teammates the respect they deserve, I’ll do more stuff like that. But it hasn’t really changed.”

Not that it’s meant Williamson’s star hasn’t continued to rise, but it’s clear he’s not asking for all this.

“There’s no divide, no jealousy, and that’s a great statement about who they are,” DeLaurier said.

After Sunday’s jaw-dropping victory over UCF in the NCAA tournament’s round of 32, hordes of cameras surrounded the lockers of Barrett and Blue Devils sophomore Mike Buckmire, Williamson’s unofficial spokesperson. The rest of the team waited out the storm. The media attention has been tough on everyone, but Barrett and Williamson have not been traveling this road alone.

“The two of them have become brothers,” Duke coach Mike Krzyzewski said.

How’s your bracket? Check out Tournament Challenge for live updates with a chance to win $10,000 in Amazon.com gift cards and a trip for two to the 2019 Maui Jim Maui Invitational!

Not faring well so far? Sign up for TC Second Chance and make your picks for the Sweet 16!

That’s the way most people we spoke to have described this team and Williamson and Barrett. Brothers. It means something.

Williamson has a younger brother, Noah Anderson, who is 13 years his junior. Williamson dotes on the kid, like a proud papa. The age gap matters.

Barrett is an only child. He has been groomed for a basketball career his whole life, but never had anyone around him who completely understood what the journey was like for him.

“They genuinely want each other to do well,” Duke assistant Chris Carrawell said. “They’re each other’s biggest fans. I hope it stays that way for life.” 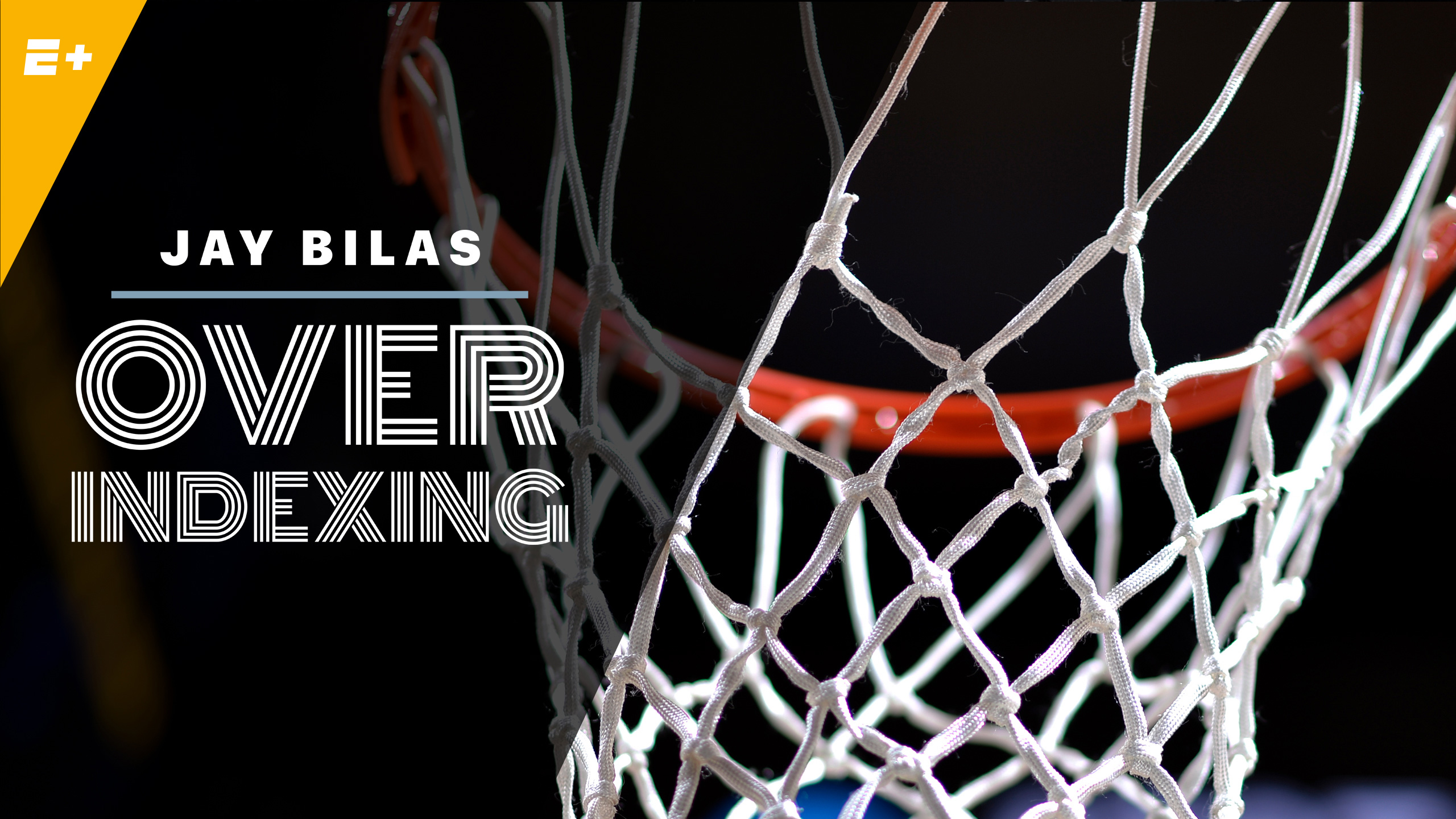 Jay Bilas will use his “Bilas Index” and other analyses to deliver Bilas Over Indexing, highlighting his picks of the upcoming winners and losers. Watch on ESPN+

Carrawell said he has seen Barrett loosen up around the edges, let his personality shine through more because of Williamson. And he has seen Williamson adapt to the spotlight, mature in ways that will be crucial to his long-term success. That’s all about emulating Barrett.

“RJ’s been one of the chosen ones from an early age,” Carrawell said. “Zion, we knew who he was coming in, but he was perceived as just a dunker. But he’s developed his game playing with RJ. They feed off each other.”

That is what has made Duke’s season special. It’s not just the Zion Show. It’s not just a pair of one-and-dones biding their time. The friendship has pushed them to become better all-around players. They’re better together.

The difference in Duke’s 77-76 win over UCF was a Williamson drive to the basket that ended with a bucket and a foul. He missed the free throw to tie the score, but Barrett secured the rebound and made a putback jumper to give Duke the lead. It was a fitting finish. One star feeding off the other.

And when it was over, Williamson grabbed Barrett in an embrace.