Mauricio Pochettino said his Tottenham team had achieved a near miracle as he reflected on how his “superheroes” had fought back to beat Ajax and set up a mouthwatering Champions League final against Liverpool. Spurs were 2-0 down at half-time in Amsterdam to trail 3-0 on aggregate only for a sensational second-half hat-trick from Lucas Moura to edge them through on the away goals rule.

Moura’s winner came in the 96th minute and was the prompt for Pochettino, his coaching staff and the Spurs substitutes to stream on to the pitch in celebration. At one point, Pochettino sank on to all fours and put his face in the turf. He would later cry tears of happiness.

Tottenham comeback stuns Ajax and sets up final against Liverpool

“It’s difficult with words to describe my feelings and my emotions,” Pochettino said. “I think it’s one of the most important nights in my life. It’s impossible to live without the type of emotion football brings. A lot more is in my head but the most important thing I want to say is to congratulate my players. They own the football, they delivered a great job. I’ve told you over the last six months that they are heroes. I think they are superheroes now.

“To get the club to the final of the Champions League I think is very close to a miracle. No one believed in us from the beginning of the season.

“It can be amazing to close this chapter by playing a final. If we won, it would be an amazing book. In the last five years, we’ve been so tough on the players to get the best from them. I’ve learned a sentence – no pain, no gain. When you realise this satisfaction, it is all worth it.”

Spurs flirted with elimination after they took one point from the first three group phase ties only to keep themselves alive with vital late goals against PSV Eindhoven, Internazionale and Barcelona. Then, in the quarter-finals, they edged an epic against Manchester City on away goals after a 4-4 draw. And now this.

Pochettino was asked whether he believed in destiny. “Of course,” he replied. “We were talking about destiny. But I don’t believe in it because it’s a nice word. I believe in it, first of all, when you work so hard. After you do that, and if you are honest, I believe you are going to be rewarded. Sooner or later, the reward is going to arrive.

Much has been made of Spurs’s lack of investment in the squad this season; they did not sign anybody last summer or in January. Their most recent signing was Moura, who joined from Paris Saint-Germain for £25m in January 2018.

“If the other players are superheroes, he’s a super, super, super hero,” Pochettino said. “He was amazing, very clinical in front of the goal. It’s a magical night for him. When Lucas arrived, it was a difficult moment [for him], a tough period but we always believed in him and look today. Without Harry Kane, many people were talking about Son [Heung-min] but today it was Lucas who scored three goals.”

Pochettino did not want to talk too much about Liverpool, who staged their own remarkable comeback from 3-0 down to beat Barcelona 4-3 on aggregate in the other semi-final.

“Allow me to relax a little bit,” Pochettino said. “There’s going to be time to talk about Liverpool. But they were amazing, we enjoyed a lot watching their tie against Barcelona and they are heroes, too. Of course, it’s going to be an amazing final.”

The defender Danny Rose said: “We saw Liverpool last night and it just goes to show it’s not over until it’s over. The gaffer mentioned them at the hotel before we left and he just said: ‘That’s the right attitude’.”

Pochettino was unhappy to be asked whether the injured Kane would be back for the final but the player himself is optimistic. “Rehab is going well,” Kane said. “If it carries on as it should, I would hope to be [available].”

Transfer To-Do Lists: What Man United, Liverpool, Barca, every top club in Europe must do this summer 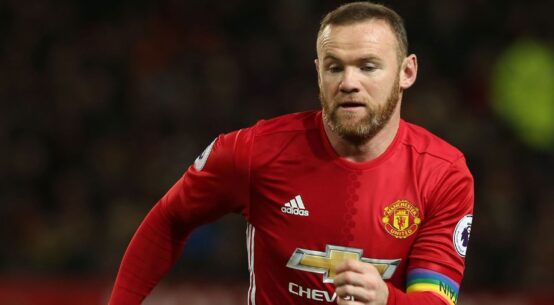