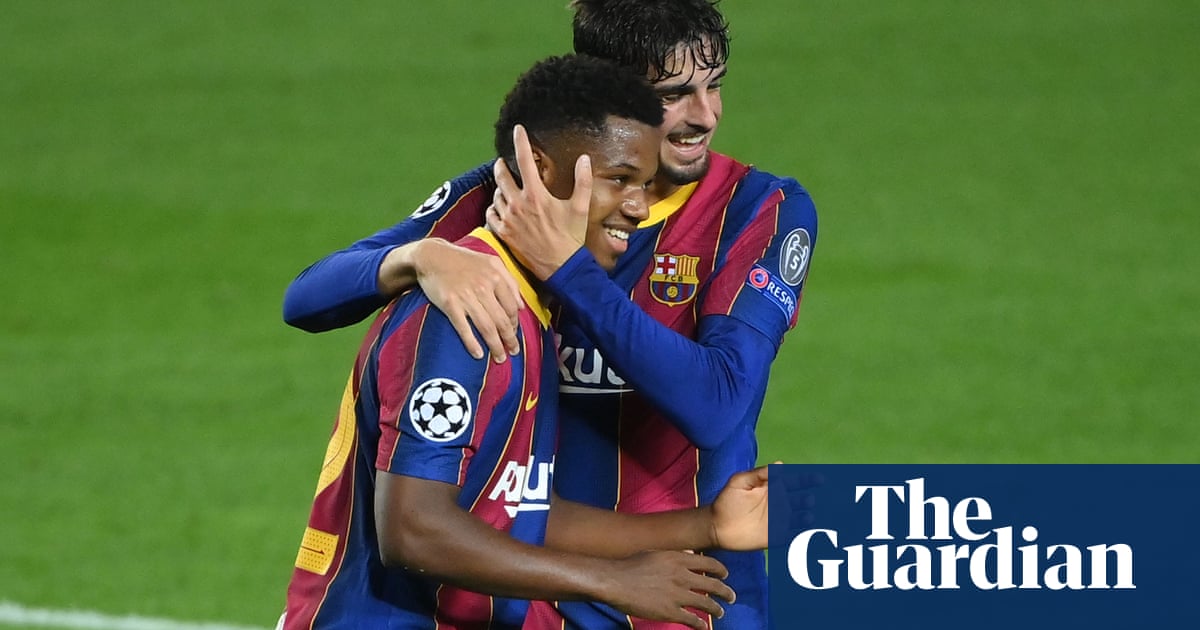 Spanish newspaper ABC has issued an apology to Barcelona forward Ansu Fati after their match report compared his pace to that of a “black street seller” fleeing the police.

The 17-year-old put in an impressive display in Barcelona’s 5-1 victory over Ferencvaros on Tuesday night in the Champions League, scoring their second goal. However, the aftermath of the victory was soured by the paper’s description of the Guinea-Bissau-born Spain international.

‘A star is born’: Ansu Fati announces himself and changes his world | Sid Lowe

ABC’s report said: “Ansu in full flight has something of a gazelle about him, of a very young, black street seller that you suddenly see running along Paseo de Gracia] when someone shouting ‘water, water’ [to warn other street sellers] announced that the local police have arrived.

“Now this kind of thing does not happen, because, for Ada Colau [the left-wing mayor of Barcelona], the criminals are the police and not the street sellers, who no longer have to run away. It is also true that without tourists, business is rather weak.”

ABC is known in Spain as a newspaper that favours right-wing political parties and is an advocate of their policies.

The author, Salvador Sostres, issued an apology of sorts on the ABC website on Thursday morning. But local media reports suggest Barcelona may take legal action over the matter.

“As I attempted to highlight the beauty of Ansu’s movement, and his class as a young player, some expressions were interpreted as racial discrimination. That could not be further from my intentions, or opinions, which are very favourable towards the player, as I have always expressed in my match reports since he made his debut.

“I deeply apologise for the misunderstanding and to those who may have been offended.”

The report received widespread condemnation, with Barcelona forward Antoine Griezmann tweeting: “Ansu is an exceptional boy who deserves respect like any other human being. No to racism and no to bad manners.”

Former England and Barcelona forward Gary Lineker retweeted Griezmann’s thoughts and said that the report felt like “stepping back 50 years”.

Colau herself also demanded a retraction from the newspaper and tweeted: “All my support to Ansu Fati and to all the young, anonymous people who fall under this characterisation or stigma due to the colour of their skin.”

Ole Gunnar Solskjær apologises – ‘We let the fans down. We let the club down’