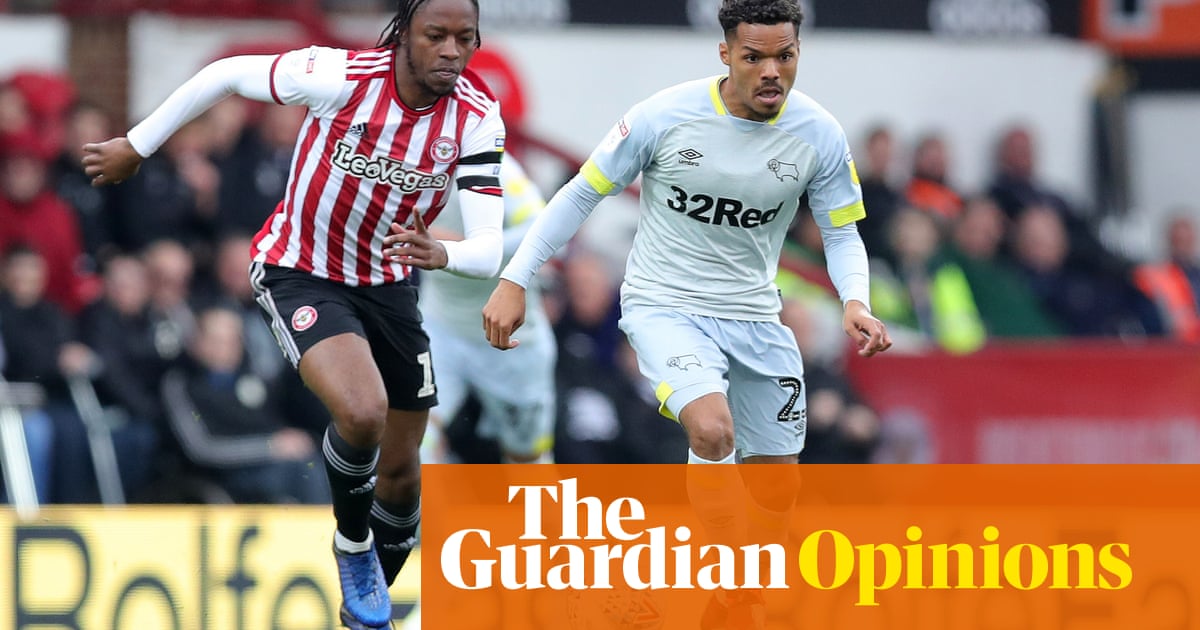 Still the virus spreads, and with the speed and malignancy of a pandemic. To Brentford, where a fan was arrested on Saturday for allegedly racially abusing Derby’s Duane Holmes. And Nottingham, where Northampton players were subjected to appalling racist language near their hotel. On Twitter, meanwhile, a warmed petri dish in which the vilest views fester and multiply, Crystal Palace’s Wilfried Zaha is called a “diving monkey” and the Wigan winger Nathan Byrne receives a message so offensive it is reported to the police.

And with each incident the clamour and question intensifies: is football doing enough? No, it’s not. Because for all the welcome words of condemnation, the fines and bans and diversity awareness-raising programmes, football fails every time a player speaks out about discrimination, or we hear language inside grounds that would normally lead to an arrest outside it.

One recent study by academics at Southampton Solent university also found that many supporters don’t believe enough is being done. The research, based on interviews with fans from 53 English clubs, found that fewer than half knew about Kick It Out’s smartphone app – which allows them to report discrimination on the spot – and more than a third lacked confidence that fans would be properly reprimanded for offences. As the academics point out, Kick It Out’s statistics support this scepticism, given only 36% of all cases of discrimination in the 2014‑15 season were disciplined.

The researchers, who were looking primarily at homophobic abuse, also found that many fans want stewards to carry out more of a policing role. But as one Millwall supporter put it: “They don’t get involved because they would get so much abuse from people.” Others suggested that using football banning orders for abuse, more retrospective punishments and having more police inside grounds would all help to tackle the problem.

Meanwhile more of us also need to recognise that discrimination creeps into the boardroom and boot room, too. How could it not when, according to Stephen Bradbury, a lecturer at Loughborough University, “Less than 1% of senior governance positions at professional clubs, league associations, and national federations across Europe and at Uefa are held by minority staff”.

In 2016 Bradbury and two other academics interviewed 40 black and minority ethnic coaches in England, France and the Netherlands and found that “while overt forms of racism were a relatively rare occurrence within the professional coaching workplace … around two thirds of interviewees referred to the continued incidence of more subtle, nuanced, and codified racisms”.

What does that mean? Well, in some cases minority ethnic coaches felt that places on high-level courses were prioritised towards white candidates who were ex-pros. As one black Uefa B licence manager in France, who had coached at Ligue 2 level, put it: “The problem is co-option. They choose themselves. They choose those who are the same as them, who played with them, and they’re not interested in anyone else.”

When it comes to recruiting managers, Bradbury argues that some clubs demonstrate “patterns of institutional closure”. In other words, they tend to recruit coaches from a limited “knowledge bank” of already known applicants from the football industry. As one highly qualified Moroccan coach in the Netherlands put it: “In football, becoming a coach, it is not about how much you know, but about how many people you know.”

This is precisely why those of us in favour of the Rooney Rule – which would require clubs to interview at least one BAME candidate for all managerial and first-team coach roles, as well as some youth development positions – believe it can make a difference. It is a nudge not a push, but it puts new faces in front of chairmen.

The Rooney Rule has been introduced by the Football League, but a study of British Asian coaches trying to make their way in the game suggests it doesn’t help those further down football’s food chain.

As one coach put it: “I apply for semi-pro jobs the majority of the time and I never get an interview. I’ve applied for two or three hundred jobs. I’ve got an A licence. I’ve managed a national team … I can tell you how it works. A job comes up. I email. They acknowledge my email. A couple of weeks later I’m told that I’ve not been selected. The only time I have ever managed in England has been because I’ve known the chairman personally.”

One solution, researchers suggest, is for more equality and unconscious bias training for academy personnel, along with diversifying selection panels when it comes to recruiting coaches.

Of course some will say that football’s problems are merely a reflection of wider society, and with some justification. A 2017 report, for instance, found that applicants with a “Muslim-sounding name” are three times less likely to be called for an interview in comparison with those with a perceived “white” or “English-sounding” name – while another from 2004 noted that people with “black‑sounding names” are 50% less likely to be called back for a job interview.

However, that’s no reason for football not to push harder to be better. After all, as one coach put it to Bradbury: “It’s much easier to break a glass ceiling by stamping down on it from above, than it is to punch it through from below.” The question is, how much does football really want to get its marching boots on?