Police and fans clashed on the streets as thousands of people came out to bid an emotional farewell to Argentina football legend Diego Maradona on Thursday.

Maradona died on Wednesday from a heart attack at his home, despite attempts to revive him, two weeks after he had been released from hospital following brain surgery. He was 60.

However, the day was marred by disturbances that broke out at least twice as fans eager to view the casket clashed with security forces in front of presidential palace, interrupting the flow of visitors.

Early in the morning some fans grew impatient as police tried to maintain order, throwing bottles and pieces of metal fencing at police outside the presidential offices in the heart of Buenos Aires. Officers at one point used tear gas to try to control them.

Clashes again broke out in the early afternoon as police fired rubber bullets at fans trying to force their way ahead.

Reports in Argentina said the wake was ultimately ended early amid the chaos, with the casket being placed in a hearse and driven to a cemetery on the outskirts of Buenos Aires.

Argentina president Alberto Fernandez, who declared three days of national mourning, had offered the use of the government building to Maradona’s family.

“His unparalleled footballing skill transformed him into one of the best-known people in the world, crossing frontiers and being universally recognised as the world’s best player,” the official mourning decree read.

Fans began queuing in the early hours of Thursday morning outside the government building before the doors opened to the general public at 6 a.m. local time (4 a.m. ET).

Maradona’s former wife Claudia Villafane and two of his five children, Dalma and Giannina, were among the first to arrive to the Casa Rosada and enter the Hall of the Patriots where the 1986 World Cup winner’s body lay.

Argentina Football Association president Claudio Tapia, several of Maradona’s former teammates and personalities from Boca Juniors, the club Maradona played for before signing with Barcelona in 1982, also paid their respects.

Argentina’s Football Association said in a statement: “There is no better example than to name Maradona to summarise in one person all the quality of an Argentinian footballer. Maradona is a synonym of Argentina.”

There were emotional scenes outside the Casa Rosada as fans struggled to cope with the death of Maradona.

Argentinian side Gimnasia y La Plata, the club Maradona coached before his operation, suspended all activities for 72 hours.

Argentina captain Lionel Messi, who Maradona managed as national team coach from 2008 to ’10, mourned his death and wrote: “He is leaving us but he is not going, because Diego is eternal.”

Pope Francis, who met Maradona several times at the Vatican and is a big football fan, said in a statement that he would pray for his fellow Argentinian.

The country’s professional league announced that the Copa Liga professional will be renamed as the Diego Maradona Cup.

Since ending his playing career in 1997, Maradona had dealt with a series of health issues relating to his long battle with drug and alcohol addiction.

“If I die, I want to be reborn and be a footballer,” Maradona said in 1992. “I want to be again Diego Armando Maradona. I’m a player that has given joy to people and that is more than enough for me.” 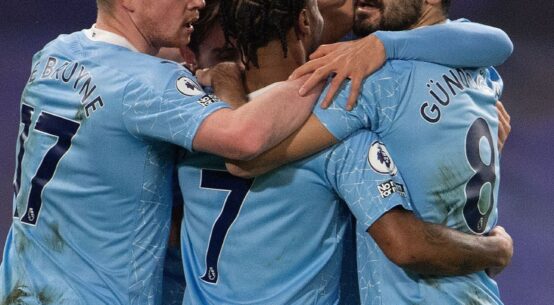 Liverpool’s win at Villa was a boost, but is it right for matches to proceed?