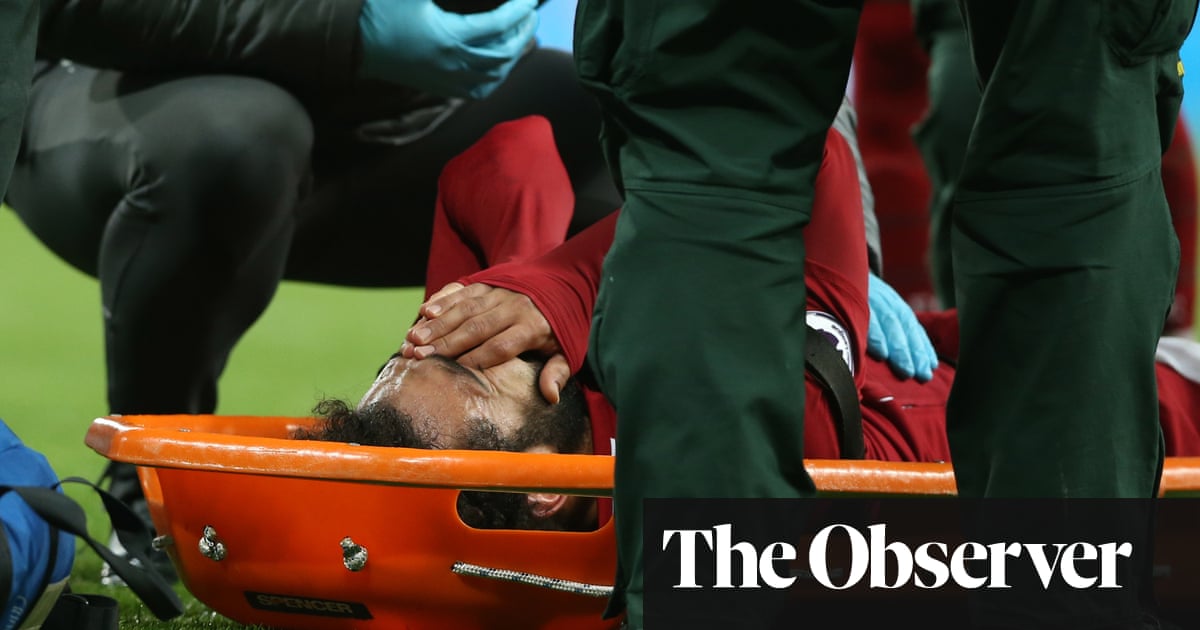 Jürgen Klopp claimed destiny will decide whether Liverpool win the Premier League after Divock Origi’s “fairytale” winner at Newcastle ensured the title race will go to the final day of the season. The Liverpool manager’s euphoria was offset by confirmation Roberto Firmino, and possibly Mohamed Salah, will miss Tuesday’s Champions League semi-final second leg against Barcelona.

Salah was carried off at St James’ Park with a head injury sustained in an accidental collision with the Newcastle goalkeeper Martin Dubravka. The Egypt international, who scored his 22nd league goal of the campaign in the 3-2 win, will be observed for concussion before a decision is taken on his involvement against Barcelona. His replacement, Origi, headed in the 86th-minute goal that gave Liverpool a two-point lead over Manchester City ahead of the final weekend of the season.

“What can I say? It’s just brilliant, it’s like a fairytale,” said Klopp of Origi’s latest dramatic intervention. “That was really a big moment. I accepted long ago that we will do everything, absolutely everything, and the boys will throw whatever they have on the pitch. That means whether we will be champions or not, it’s destiny. We do everything, we cannot do more. Can you get more than 94 points? Not really. The boys tried everything, even when we had the draws they tried everything to win the game.

“The boys showed in each second that they really want to win it. We knew what we had to do and the boys did it in a very difficult game. Credit to Newcastle. Wow. If any people doubt the teams that don’t play for anything any more, that they are halfway on the beach already, that was the opposite. Is there any history between Newcastle and Liverpool that I don’t know about? The atmosphere was like something happened between them in the past.”

Rafael Benítez lamented the decision to award Liverpool the free-kick that produced Origi’s goal when Matt Ritchie challenged Fabinho. “It was not a foul,” said the Newcastle manager, who conceded his team’s defending at set pieces was poor throughout.

Klopp’s main concern was the availability of his first choice strike force for the Champions League return with Barcelona, who lead 3-0 from the first leg. “Mo got the hip of the goalie in his head,” the Liverpool manager explained. “The doctor had to make a decision – on the pitch or off the pitch – and the decision was off the pitch and we accept that of course. When we came in, he was sitting in the dressing room and watching the game, or had watched the game. He was then fine but of course we have to wait. He got a proper knock.”

On Firmino, who was absent against Newcastle with a groin injury, Klopp confirmed: “He will not be ready for Tuesday and the rest [of the season], we will see.”