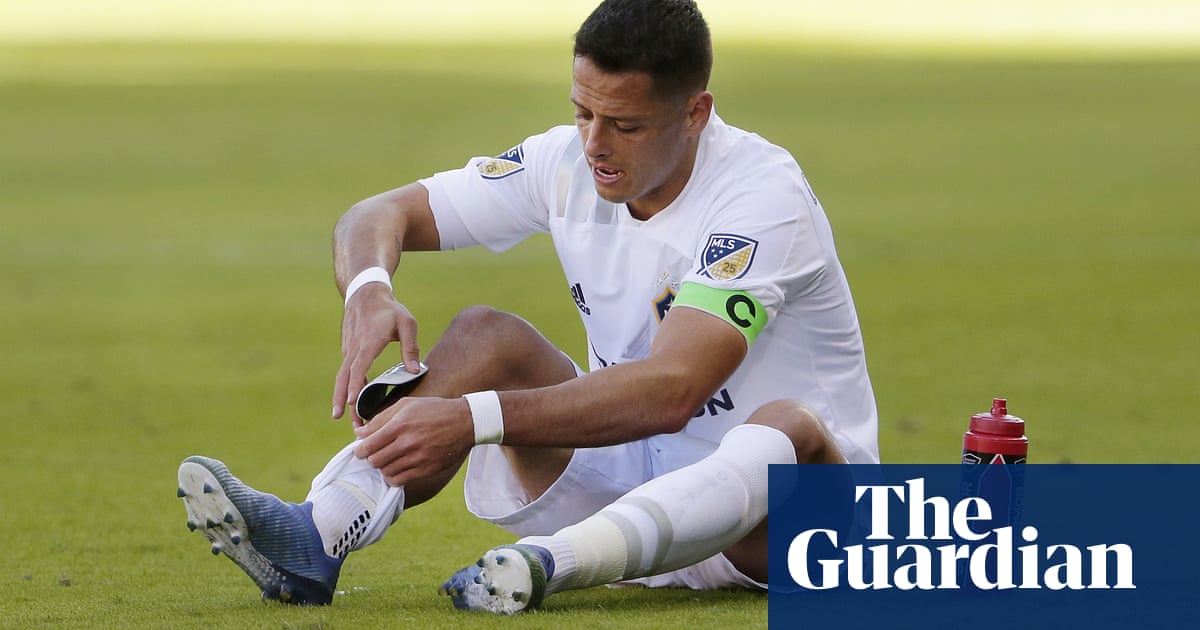 Major League Soccer spent years preparing for Javier “Chicharito” Hernández’s arrival. While the 32-year-old’s achievements in the sport come nowhere close to the likes of David Beckham, Thierry Henry, David Villa or many of the other big-name Designated Players to have graced the league, his standing as a Mexican superstar made his transfer to the LA Galaxy earlier this year a landmark moment.

Off the pitch, Hernández has the potential to accelerate MLS’s growth more than any individual since Beckham. On the pitch, though, he has underwhelmed in 2020. The former Manchester United and Real Madrid striker has scored just once in eight appearances for the LA Galaxy this season, but somehow those numbers still don’t reflect the extent to which he has been a disappointment.

It’s not just that Hernández is struggling for individual form. It’s that the LA Galaxy have yet to figure out a way to win with him in the team. The Galaxy are still winless in the matches Hernández has started this season, while their form without him is notably better (4W-2L-1D). All but one of the 15 points the LA Galaxy have accrued this season have come when Chicharito has either sat out or come on as a substitute. In January, the theory was he would help the Galaxy become a more rounded team as they moved on from being merely a vehicle for The Zlatan Ibrahimovic Show. That theory has since been blown apart.

“I wish it was just like one thing where we can just fix one point and everything would just fall into place,” Sebastian Lletget said after a particularly painful home defeat to the Seattle Sounders at the end of September. “I think it’s communication. Two guys [Hernández and Jonathan Dos Santos] have been integrated into the squad now that they’re healthy. And I think getting everybody on the same page and unfortunately that takes time and we really don’t have time.”

Indeed, Hernández’s first season in MLS has been disrupted by all that has afflicted the league, and the world, in 2020. A calf injury suffered during the MLS Is Back Tournament in Orlando only added to the disruption. But even accounting for that, the LA Galaxy surely expected more from their latest marquee player. On the scale of Galaxy signings from the heroic Robbie Keane to the highly disappointing Steven Gerrard, Hernández has so far been far closer to the latter.

The warning signs over Hernández’s form were there before the LA Galaxy decided to make him the highest-paid player in MLS (until Gonzalo Higuaín arrived). The Mexican scored just once in nine La Liga outings for Sevilla last season and only seven times in 25 league appearances for West Ham the season before that. Not since the 2016-17 season has Hernández managed double figures in a single campaign.

There was a time, not so long ago, when Hernández was seen as one of the best penalty box operators in the sport. He is an opportunist by trade and so the LA Galaxy surely knew they were signing a striker to get on the end of chances rather than one to involve himself in build-up play. Few, however, expected that Hernández would be such a peripheral figure.

No starting player, not even goalkeeper David Bingham, made fewer touches of the ball (26) than Hernández against the San Jose Earthquakes (his last game for the Galaxy). In fact, the only notable thing Hernández did over his 89 minutes on the pitch was get into a scuffle with Chris Wondolowski, which saw both players fined. It’s been a similar story in almost every MLS outing for Hernández this season. So if the goals aren’t flowing, and he isn’t involving himself in other ways, what is he offering?

On top of this, the LA Galaxy’s other big hitter, Cristian Pavón, appears liberated when he isn’t expected to link up with Hernández. The Argentinian was one of the best players on the pitch, scoring one and assisting another, as Guillermo Barros Schelotto’s side scored three in a 6-3 defeat to the Portland Timbers last week, for which Hernández was missing due to the birth of his second child. A glimpse was offered of how potent the Galaxy’s attack could be without the expectation that they must play to Hernández’s strengths.

Of course, it’s far too early to write off Hernández. The fragmented nature of the 2020 season has denied him the chance to build any kind of consistency. Hernández is at the stage of his career where he needs to be playing regularly to maintain peak fitness and so the four-month hiatus just two games into the new campaign didn’t help him in that regard.

The signing of Hernández was made with the big picture in mind. MLS sits behind Liga MX (and the Premier League) as the most watched soccer league in the United States and so it was hoped the arrival of Mexico’s most recognisable player would help address this. Hernández’s success or failure will be measured in a more abstract way, but the LA Galaxy need more than just abstract success for a salary of $7.2m-a-year. For that money, they certainly need more than 26 touches in 89 minutes.