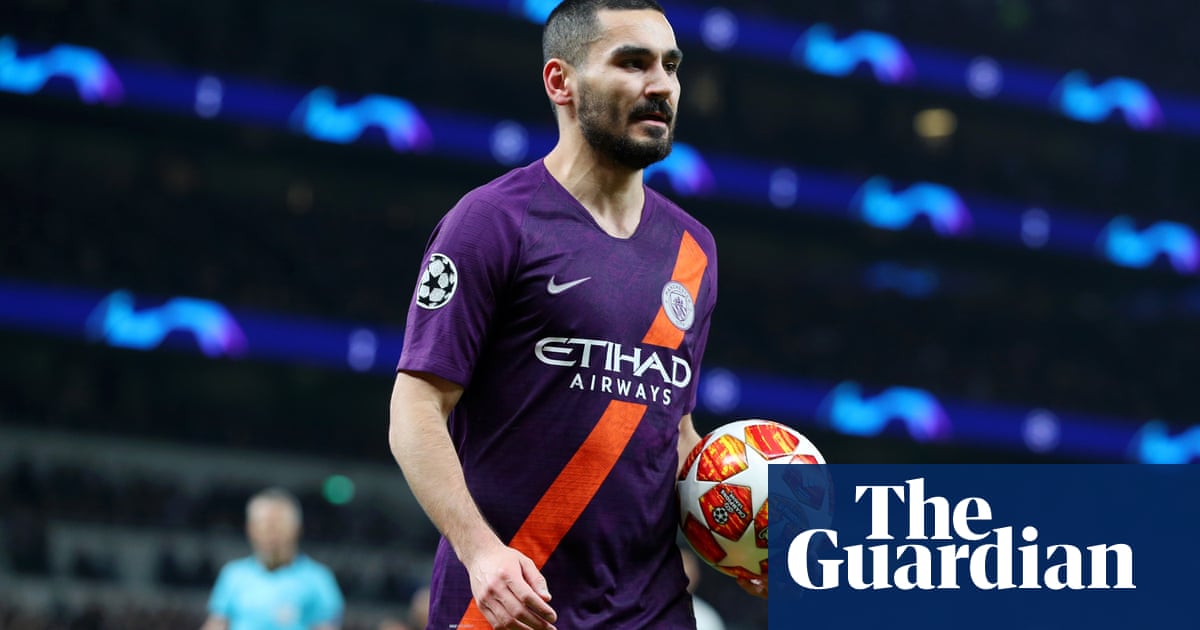 Ilkay Gündogan has offered a scathing assessment of Manchester City’s mentality in the Champions League, describing them as too nervous, too error-prone and too vulnerable to setbacks.

Gündogan started the 1-0 defeat by Tottenham in the quarter-final on Tuesday – a first-leg performance he felt was marked by over-eagerness and things that “must not happen to a big team”. Sergio Agüero missed an early penalty at Spurs before Son Heung-min scored the winner in the 78th minute.

Pep Guardiola last won a big European away in 2011. Is he overthinking? | Jonathan Wilson

Gündogan told Sky Deutschland: “We were not brave enough in the game and we made a lot of simple mistakes. I have the feeling we are nervous in important Champions League games. We always make the wrong decisions. In these matches we always want to do something special because it means [going through to the] Champions League semi-finals. Sometimes less is more.

“Negative events like Agüero’s penalty miss always set us back far too much. Had we scored from the penalty, we’d have taken Tottenham apart. But instead we withdrew from the game. That must not happen to a big team. That’s why we’re not there yet.”

Fernandinho is confident City can overturn the deficit and he sounded a more upbeat note, arguing that the team’s defensive approach in the first leg had achieved its ends.

Pep Guardiola changed his system by playing two holding midfielders rather than one – he started with Gündogan alongside Fernandinho and left Kevin De Bruyne on the bench. The idea was to lock down the centre of the pitch because that is where Spurs are strong and the upshot was a tie that featured few clear-cut chances.

“You can see we played a little bit different – especially in a defensive way with two holding midfielders,” Fernandinho said. “We tried to close the midfield because they try to concentrate their game in the middle. We tried to do that and we did [it] so well but at the end we conceded a goal. We are going to see if Pep likes it for the next game. Otherwise we will change and try to go for the game and win.

“It wasn’t the result we wanted but we have the tie at home now. We have all the conditions to play better and win the game and go to the semi-final. But it won’t be easy. We have to see what we did wrong to fix it and to play better in the next game.”

Guardiola, who felt that City were in control until Son’s goal, made the point that the scoreline was considerably better than the City faced after the away leg of last season’s quarter-final. Then, they were 3-0 down against Liverpool. Mauricio Pochettino, the Spurs manager, also said that City were the favourites to progress.

“When you lose any game, the feeling is so bad,” Fernandinho said. “But you have to be professional and clever, and overcome this situation – try to fix the problem for the next game.”

Gündogan added: “We know we are able to beat Tottenham at home. There is still hope and a chance for us.”