Skip to content
You are here
Home >EltasZone >I will get realistic chance to revive Manchester United, says Solskjær 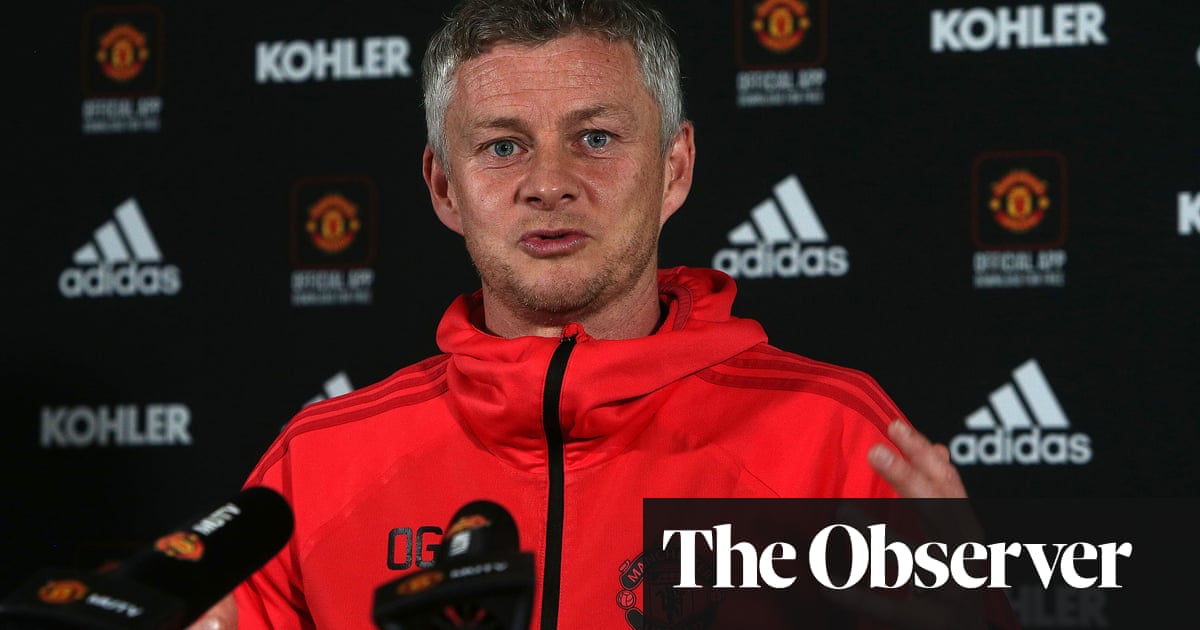 Ole Gunnar Solskjær is confident Manchester United will grant him the “two or three years” he believes is needed to establish a style of play that will realistically challenge Manchester City and Liverpool.

Last season José Mourinho’s side finished second but 19 points behind City, while United were 27 points behind the champions and 26 from Liverpool at the start of this weekend. Sixth-placed United are also unlikely to claim a Champions League berth as they are three points behind Chelsea, who are fourth, and one from fifth-place Arsenal. United have failed to win a league game since 13 April and are on a run of two victories in 10 matches in all competitions.

Solskjær, whose elevation to permanent manager has increasingly come into question, reiterated that it is “unrealistic” to expect United to be champions next year and insisted he will be given time by the club’s hierarchy. He said: “I have regular meetings with Ed [Woodward, the executive vice‑chairman], I’ve seen Joel [Glazer, the cochairman] and the [other] owners: they are very realistic on where we are and what we want to get to and how long that will take.

“You don’t suddenly catch 27 points in one season, you’ve got to take it gradually. It’s not just this season but the last five or six – we know where we are more or less at and it’s not good enough. Hopefully we can produce better performances and they [City and Liverpool] can produce worse and we’ll get closer.”

Solskjær stressed the need to return to United’s tradition style of attacking football. He added: “We’ve got to find a way of playing – what is the best? The style here is attacking quickly, playing forward, running forward, chasing back, winning the ball back. I’d love to get to where we have a set system but it hasn’t worked that way [so far].

“You see the teams who get two or three years together, they know each other, they know the relationships. As a football manager or a coach you know the more time you get to work on relations the better it will be, because then you’re a step ahead all the time instead of at the moment we maybe react too much to the opposition. We want to get to a shape on and off the ball that we’re comfortable with.”

As well as a sizeable recruitment drive this summer, Solskjær also wants his United players to be fitter, indicating this is an inherited problem. “The fitter you are the more you can do. It’s a basic principle I’ve got. If you look at the stats over the last few years I don’t think anyone would be shocked or surprised by them. We’re going to build on their fitness. It’s not going to be like an old military pre-season, a boot camp. You’ve got to be clever about everything. We want the best practice, how to get players ready for when the season starts.”

Solskjær believes a failure to qualify for the Champions League would not dissuade elite players from joining United. “I’m not worried, because I know Manchester United is something players would love to experience. Manchester United will always be a dream for so many. There might be players where Champions League football [solely] matters for them, and they might not be the right people.

“We’ve got to get it right on the pitch with the ones we have. It’s not just about signing players. It’s about making sure the ones here get the maximum out of their potential, because we do have so many good players here, and that’s my job. At the moment, I’m responsible for the performances. I’m the one that should get that flak if there is some.”

Giants’ Joe Judge stands by Daniel Jones after another shaky performance: ‘Daniel is our quarterback’