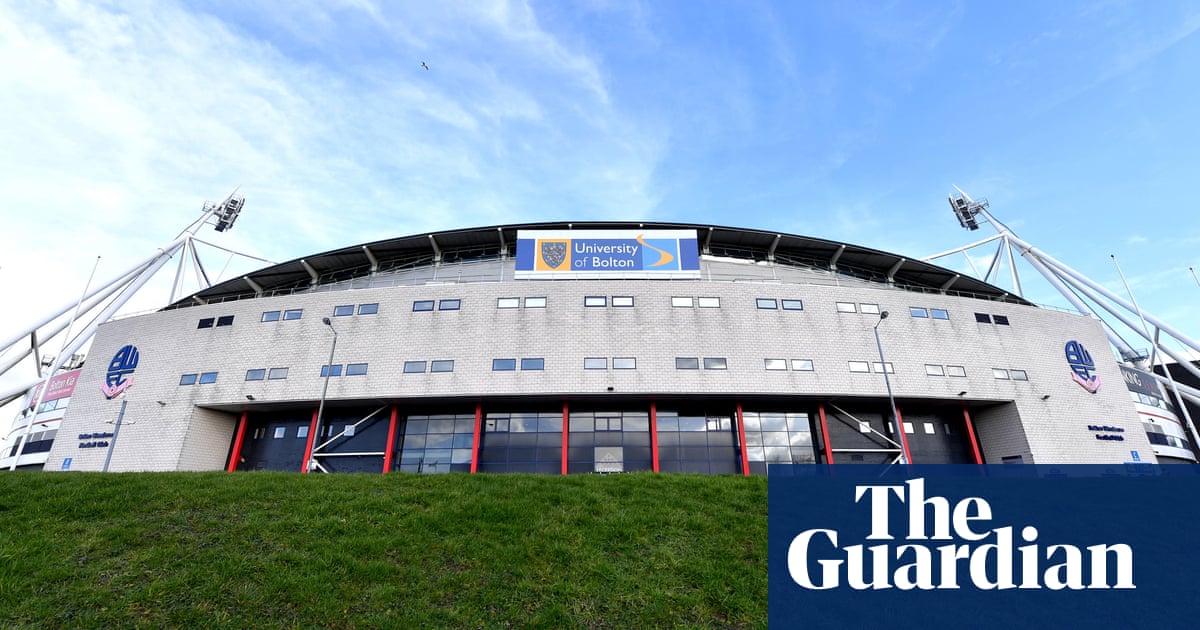 Bolton will have to play their next two league matches behind closed doors after the club’s safety advisory group decided the Championship strugglers could not guarantee fans at the University of Bolton Stadium would be safe.

The safety group, made up of representatives the local council, police and emergency services, informed the EFL on Tuesday that it had placed a prohibition notice on the club under the Safety of Sports Grounds Act 1975.

The news comes a day before the club are due in the high court, facing a winding-up petition from HMRC for £1.2m in unpaid tax and other debts.

Bolton told the group it could not address its concerns until after that hearing, prompting the safety experts to rule that supporters will be prevented from entering the ground for the games against Ipswich on Saturday and Middlesbrough next Tuesday.

An EFL spokesman said: “Whilst disappointed, the EFL understands the rationale for the position taken by the safety advisory group at this time.

“However, we still hope the fixtures will take place as planned. We will work with the club and offer them any practical assistance that is available to us in an attempt to find a successful and timely resolution.”

Bolton are five points from safety and their players are on a 48-hour strike after staff wages were not paid on time for the second month in a row.

Earlier the chairman, Ken Anderson, had urged the players to get back to work, while denying reports that the club’s sale is in trouble and that he is holding out for a large payment.

He told the club’s website: “We are not the only club to have paid players late and there are many precedents of this happening.

“Indeed, I was told yesterday that at least at one club, the players were buying their own food and doing their own laundry for many weeks, but to the best of my knowledge, none of the players at those clubs went on strike and let’s remember, yesterday was only April 1, so it is not as if it is weeks late, is it?

“However, I accept that two wrongs don’t make a right and everyone should be paid on time.”

Anderson said wages could not be paid until Wednesday for “legal reasons”, and revealed he had pumped £1.5m into Bolton in recent months to prevent them from entering administration.

Bolton say proposed takeover of club by Laurence Bassini is off

Premier League games behind closed doors? Here’s how many people would have to be present