Skip to content
You are here
Home >College Sports >Badgers’ Mertz still in protocol; could play vs. U-M

Wisconsin starting quarterback Graham Mertz remains “in the protocol” as he recovers from COVID-19, but could return for Saturday’s game against Michigan.

Badgers offensive coordinator Joe Rudolph said Wednesday that Mertz’s status depends on his preparation time this week and if he gets clearance from the team’s sports medicine staff. Mertz had a record-setting performance Oct. 23 in a season-opening win against Illinois but tested positive for COVID-19 the following day, sources said. Big Ten rules state that any player who tests positive must self-isolate for 10 days and cannot return to competition for 21 days.

Backup quarterback Chase Wolf also tested positive, as No. 13 Wisconsin endured a COVID-19 outbreak that forced the cancellations of games with Nebraska (Oct. 31) and Purdue (Nov. 7). Rudolph did not confirm which quarterbacks are practicing this week.

“The big question mark is going to be if we can get Graham to the point where he’s practicing, will he have enough in that you feel confident with him? That’s still in the air,” Rudolph said. “I wish I could be more definitive for you guys. … We’ve just got to keep working through the week and see where we’re at, listen to our training staff.”

Mertz completed 20 of 21 passes for 248 yards with five touchdowns and no interceptions in the win over Illinois. Danny Vanden Boom, who will start against Michigan if both Mertz and Wolf are unavailable, has not played since the 2018 season, when he completed his only pass in three appearances.

“He’s been able to perform well even with the limited reps,” Rudolph said. “That doesn’t describe everyone. There’s a lot of guys out there, they don’t make improvements or they walk in and they don’t show an understanding without the reps behind him. Danny does. He’s sharp. He is confident with who he is. I just see someone who’s gotten more reps and got the opportunity to show you that a little bit more often. They know he’s smart, he communicates well, he exudes confidence in the huddle.

“If we were rolling with Danny, this group would be all behind him and feel good about it.”

UCF QB Milton says he is transferring to FSU 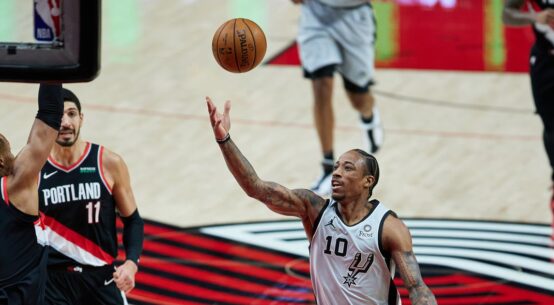