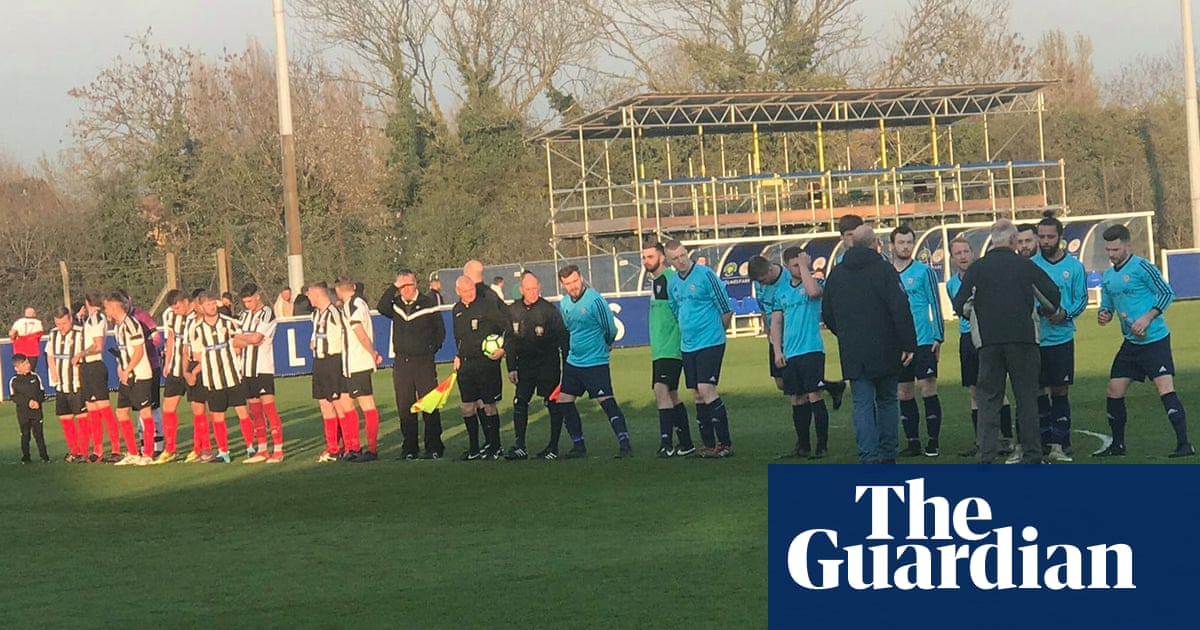 An investigation has been launched following the abandonment of an amateur cup final in Leicester after a supporter allegedly made racist remarks towards a player.

The incident occurred on Wednesday evening after the Wymeswold Reserves striker Linford Harris was sent off during the 78th minute of the Saturday Vase final against Cosby United Development.

According to reports, Harris was then racially abused by one fan, which led to a confrontation between the players and some of the 200-strong crowd. Shortly afterwards the Wymeswold players walked off the pitch in protest and the referee abandoned the game.

In a post on Twitter, Harris wrote: “So sorry to witness and suffer such racism in this day and age, thanks everyone for the support. Appreciate everyone standing behind me. WE ARE ALL EQUAL. #SayNoToRacism.”

The Leicestershire & Rutland County FA said it was investigating the incident and urged any witnesses to submit a statement. “We ask that anyone who was present at the match to provide their observations by email to info@leicestershirefa.com,” it added. “Leicestershire & Rutland County FA will investigate all allegations related to this game and take the necessary discipline action. As this is now an ongoing investigation we will not be able to comment any further.”

One spectator, Gregg North, who was at the match at Holmes Park in Whetstone to support his cousin Harris, told BBC Leicester the incident had been caused by “one mindless individual”. “The stewards kept the guy who started the racism in the actual ground and tried to turf the other people out,” he said.

After the match, Cosby tweeted: “The club will support the FA in anyway possible. This club does not condone racism. Comments/abuse made to the club overnight that the individual is a Cosby supporter are wide of the mark.”

The issue of crowd abuse has been a problem at all levels of the game throughout the season, with the sports minister, Mims Davies, convening an urgent summit with football leaders to discuss how to root out racist, homophobic and antisemitic chanting.

This latest incident came barely 24 hours after the FA chairman, Greg Clarke – citing the monkey chanting directed at England’s players in Montenegro – had urged a lowering of Uefa’s threshold to allow referees to take players off the pitch if they heard racist abuse.

The result of the game, which Cosby were winning 1-0, will be determined after the conclusion of disciplinary proceedings.