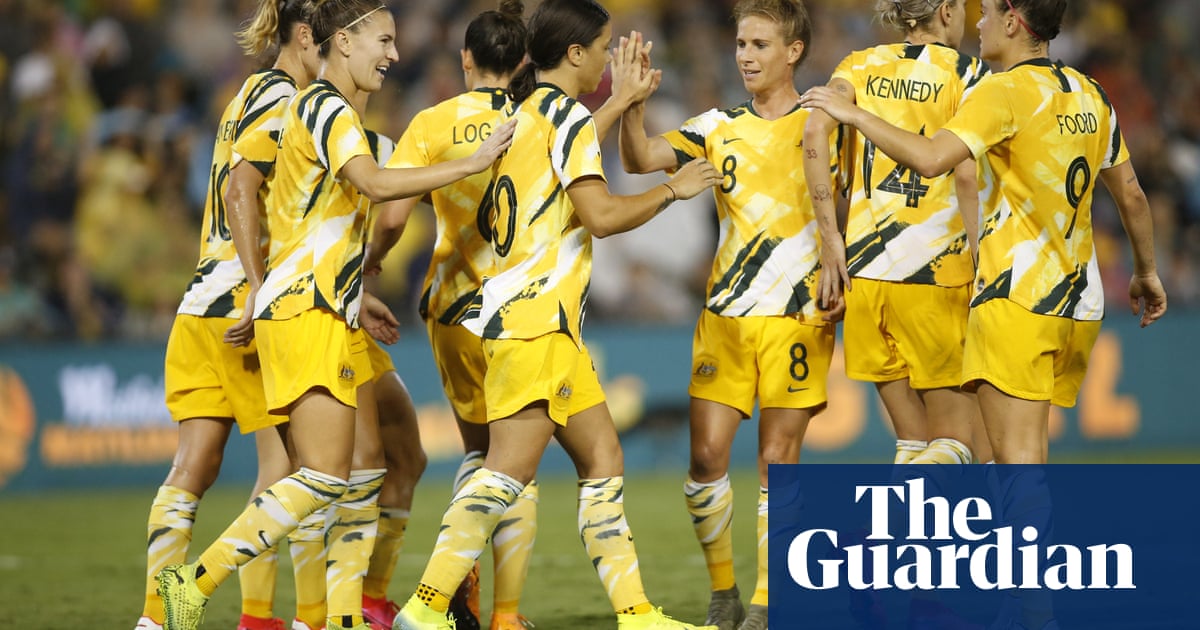 Australia and New Zealand’s push to host the 2023 Women’s World Cup could result in diplomatic gains with China and other Asian countries, and long-term trade boosts, as economists also predict half a billion dollars will flow into the host nations.

Ahead of Fifa executives gathering to decide the hosting rights on Thursday (early hours of Friday morning in Australia), business analysts and trade experts believe the popularity of football, particularly in Asia, will serve as a gateway for soft diplomacy with China. They also predict a spike in local participation in the game will boost local health outcomes for women in the region.

On Monday, Australia and New Zealand’s main rival, Japan, withdrew its bid, citing the postponement of the Tokyo 2020 Olympics and greater support for the proposed co-hosted tournament as factors behind the decision, after Fifa’s official evaluation of submissions earlier this month rated the proposed co-hosted tournament as superior to rival bids.

Colombia remains the only nation competing with Australia and New Zealand to stage the 2023 tournament.

The vote will take place almost 10 years after Australia’s failed push to host the 2022 men’s World Cup, and while the decision to award that tournament to Qatar has been mired in serious allegations of corruption, Fifa has reformed its decision-making procedure so that votes cast this week will be made public.

If Australia and New Zealand are chosen to host what would be the first Women’s World Cup in the southern hemisphere, it will also be the first time the event is co-hosted across two football confederations – Asia and Oceania.

In addition, it will be the first time the tournament will have 32 teams – like the men’s competition – a move which is expected to lift the earning capacity of the event above previous editions.

While Australia’s failed bid for the men’s tournament drew criticism for the $45m in government funding spent on the effort, only $5m has been spent on the 2023 joint bid, with Football Federation Australia expecting to profit from the event from more than $250m in direct revenue from ticket sales, hospitality, broadcast deals and government contributions. Analysis has also predicted the flow-on economic value to be as much as $500m.

As the tournament is touted as a potential catalyst to boost women’s participation in the game and reignite interest in football in Australia, the involvement of regional centres in the international event is a notable feature of the bid.

With the exception of the Sydney Football Stadium, which is being reconstructed regardless of the outcome of this week’s vote, none of the 13 proposed stadiums across Australia and New Zealand require major construction spends.

While Sydney, Auckland, Melbourne, Brisbane, Adelaide and Perth are planned hosts for the bigger matches, including the opening game and the final, smaller cities including Launceston, Newcastle, Dunedin and Hamilton have also been proposed to stage matches in the tournament that will run between July and August 2023.

Beyond the economic benefit in the host cities, the list of proposed hubs, which will act as a training base and hotel for each team that qualifies, features regional towns including Albury, Maitland, Cessnock, Ballarat, Cairns and Townsville in Australia and Napier and New Plymouth in New Zealand – many of which will see jobs and spending on facility updates before the tournament kicks off.

Tim Harcourt, an economist at the University of New South Wales business school, believes the 2023 Women’s World Cup would serve as a tool for soft diplomacy with China.

Of the more than 1.5m tickets FFA is expecting to sell, a large component is set to be bought by spectators travelling from China and Asia, where the sport is popular and women’s national teams regularly reach the knockout stages of the world cup.

Harcourt said the event will act as a refutation of recent Chinese government warnings against travelling to Australia as a result of racism, arguing “any claims that we’re not friendly to China would be pretty much dissipated by the World Cup”.

He also said the inclusion of regional towns to host some national teams for the duration of the tournament will effectively “bring trade missions into regional towns” by creating region-to-region links across countries and showcasing local produce.

“Tourists and officials who otherwise wouldn’t travel to Australia have a reason to come here … Local exporters or businesses wanting international connections can use the World Cup to make those connections,” he said.

Harcourt, a former Austrade chief economist who organised a business club ahead of the Sydney Olympics to network visiting international sports organisers with local architects and businesses, said Australian firms received $2bn in future contracts and work in the 12 years after the 2000 Games – noting the architect of a venue was handpicked by the Beijing Games to design its 2008 swimming venue after meeting visiting organisers in Sydney.

Matt Colston, an analyst from Ernst & Young’s sports and events division that investigated the event for FFA, told the Guardian the broadcast audience, and subsequent ability for Australian and New Zealand brands to have international reach, was a notable consideration in the bid’s economic potential.

“This will be broadcast to hundreds of different nations, and their football fans. It’s going to get a lot of broadcast time and media coverage, which is another huge benefit of having that global event.”

Colston said one of the most significant elements of the bid would be the role it plays in encouraging greater participation among women in sport, with significant long-term health benefits as a result.

“A lot of that would be felt across the region, the health benefits of getting people being more active, people that otherwise wouldn’t play the game,” he said.

Joe Burrow may not be satisfied after historic first two games, but the numbers speak for themselves