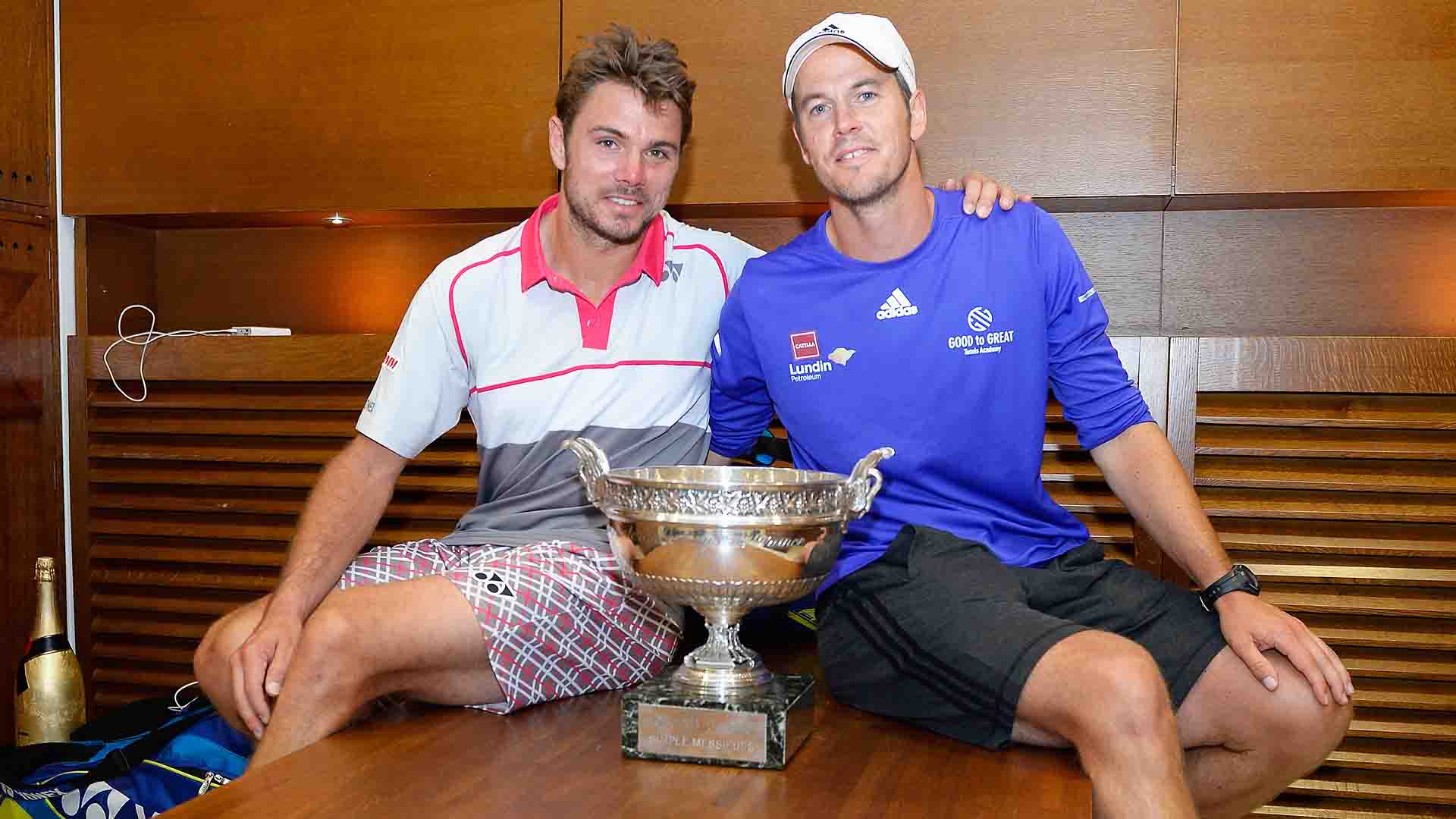 One of the most successful player-coach partnerships of the past decade came to an end on Monday, when Stan Wawrinka announced via Instagram that he will no longer be working with Magnus Norman.

The 35-year-old began his collaboration with the former World No. 2 in April 2013, when he was No. 17 in the FedEx ATP Rankings. Wawrinka and Norman enjoyed immediate success, winning 13 tour-level trophies together in the first five seasons of their partnership.

Those titles included Grand Slam championships in three consecutive years. Wawrinka won titles at the 2014 Australian Open (d. Nadal), 2015 Roland Garros (d. Djokovic) and the 2016 US Open (d. Djokovic) alongside the Swede. Under the guidance of Norman, Wawrinka also reached a career-high No. 3 in the FedEx ATP Rankings on 27 January 2014.

“After eight great years together @swedennorman and I have decided to part ways by mutual consent,” Wawrinka wrote on Instagram. “We have had an amazingly strong, enjoyable and hugely successful partnership. We reached the height of this sport together and I want to thank him for helping me win everything that I could ever [have] dreamt of winning.

“He’s been a great coach, friend and mentor and will always be a dear friend. I want to publicly thank him for all his hard work, dedication and commitment in making me a better player over the years. Winning three Grand Slams has been a life changing experience for me and I could not have done that without him. Wishing him all the best in his next chapter in his life!”

Wawrinka underwent two left knee surgeries in August 2017, shortly after reaching the final at Roland Garros that year. The Swiss dropped to No. 263 in the FedEx ATP Rankings on 11 June 2018, but has since climbed as high as No. 13.

Last year, the World No. 17 achieved runner-up finishes at the ABN AMRO World Tennis Tournament in Rotterdam and the European Open in Antwerp. Wawrinka made a successful return to action following the ATP Tour suspension last month, winning five straight matches to lift an ATP Challenger Tour title at the I.CLTK Prague Open By Moneta.