Liverpool produced the greatest comeback in their rich European history to overcome Barcelona in the Champions League semi-final on Tuesday and will win their first league title in 29 years should they defeat Wolves at Anfield on Sunday and Manchester City fail to win at Brighton.

Van Dijk insists a City triumph would not detract from Liverpool’s achievement this season and that the club, with their form at home and in Europe over the past 18 months, have announced a sustained challenge for the game’s biggest prizes in the years ahead.

The PFA player of the year said: “Hopefully we are going to keep challenging for the title. Man City are one of the best teams in the world and they’ve shown the whole season how difficult they can make it for any team in the world. But we’re still in this season and still anything is possible.

“They have it in their hands. We’ll see. If it doesn’t happen then it’s not the end of the world. We’ve had a fantastic season, both of us. To compete with City says a lot about how we’re progressing from last year. It’s just the start. It’s not like next year we’re not going to try to do it again. It’s something we have to build on.

“There’s still a game to play for them and us on Sunday and we’ll see. The only thing we can do is try to win both: the Wolves game and the final. We have been outstanding this season and if something happens everyone can be very proud and happy.”

The Liverpool defender believes the average age of Klopp’s squad, combined with the experience of two Champions League finals, is ideal for bringing sustained success back to Anfield.

“That’s something we work towards,” he said. “I feel City already have that bit of status because they have been dominating last year so much. Hopefully we can keep going and make it very difficult for any team in the world. We have a great age group, between 20 and 27, 28, so hopefully we can do it all together for the next couple of years at least and grow as a team and get a lot of successes. It’s just the start and hopefully we can do this every year.”

‘Shame. There is no other adjective’ – Spanish press on Barcelona’s defeat

Van Dijk said Liverpool’s 4-0 comeback against the Spanish champions was reward for the bravery Klopp’s injury-hit team displayed in both legs of the semi-final.

“I said after the game against Barcelona anything is possible. The scoreline over there was not how the game actually was. Not many teams make it that difficult for Barcelona. How we pressed them, how we created chances against them, put them in difficult situations: you have to be brave. You have take a lot of risk defensively and we did it. It was just fantastic for all the boys and everyone involved with Liverpool and now we can focus on the last game of the season on Sunday. If City win then happy days for them. If they don’t then we’re going to celebrate again this Sunday. We have to keep our heads up high. We’ve had a fantastic season so far. This is just the start.”

If Liverpool go on to win the Premier League, Salah’s goal to beat Chelsea will be the defining strike 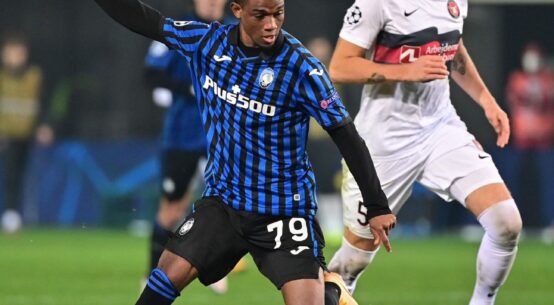