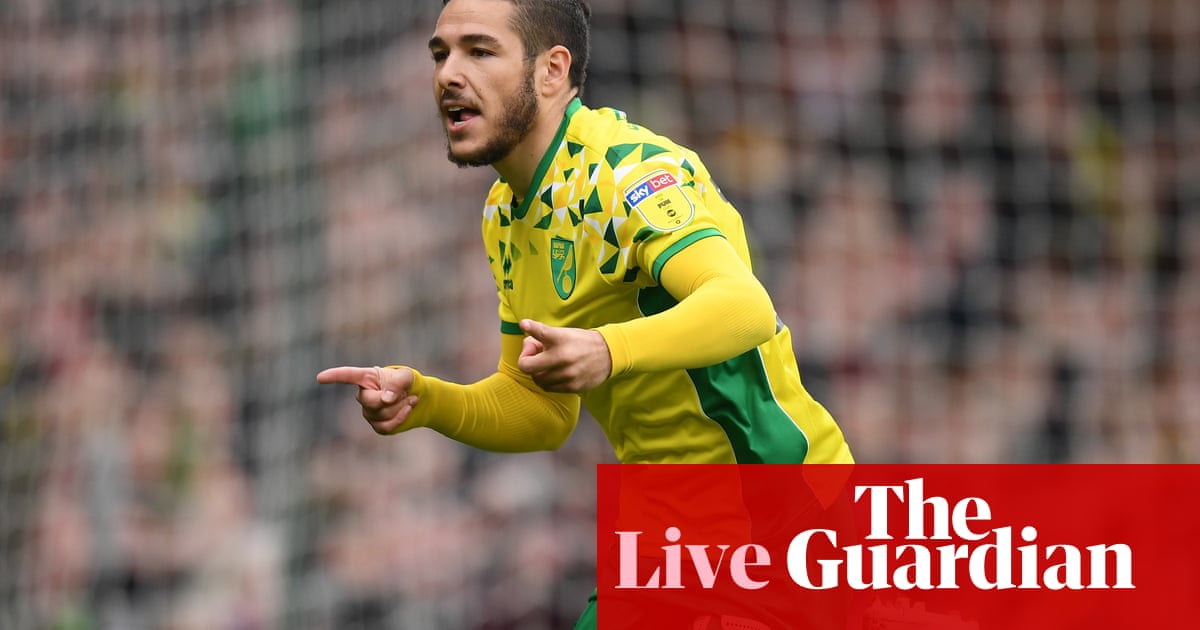 Thirty games kicking off at 3pm in the Football League, and I’ll try and squeeze and much in as I can. Please do send in your emails and tweets to either michael.butler@theguardian.com and @michaelbutler18.

Onwards. Some are so close to their goal. In the Championship, Norwich could wrap up the title today, if they can win at Stoke and either Sheffield or Leeds United fail to win their respective games at Hull and Brentford.

With fourth and fifth sewn up between Villa and West Brom, the battle for sixth is most definitely on, with any of three clubs realistically still in the hunt. Boro (at Forest today) have a one point advantage over Bristol City (at Sheffield Wednesday) but have played a game more than the West Country team and Derby (at home to QPR) who lie a further two points back.

Down the bottom, Rotherham have a real chance to pull themselves level with a win at home to 21st-placed Millwall, who are losing to Villa in the early kick off. It’s Rotherham’s home form that has kept them afloat and with their final two matches at West Brom and Middlesbrough, they desperately need to beat Birmingham today.

In League One, Luton (90pts) could secure promotion from the third tier with victory over Wimbledon on Tuesday. Portsmouth have Coventry 2-1 in the early kick off, a result that lifts them to second before the 3pm kick offs. Both Barnsley (at Plymouth) and Sunderland (at Peterborough) could usurp Pompey come the afternoon’s end. Charlton are heading for the play-offs with Doncaster (69pts) and Peterborough (65pts, game in hand) battling to join them.

At the bottom, Bradford City are down but above them there is an almighty scramble to avoid the drop. Walsall, Southend and Wimbledon are in the drop zone but Accrington, Wycombe, Rochdale, Plymouth and Scunthorpe are all still within four points of danger.

In League Two, Mansfield (76pts), MK Dons (75) and Bury (74) are battling for the other two automatic places. Tranmere (71pts) and Forest Green (70) still have an outside chance at the top three, with Exeter (65) leading a crowded race for the last play-off spot. Carlisle, Colchester, Stevenage, Newport, Swindon and Oldham can all still sneak in.

So, a lot to get through this afternoon. Don’t feel guilty about spending another glorious afternoon glued to a screen, ignoring your friends and family. Football is very, very important.

Jürgen Klopp ‘blown away’ by Mohamed Salah’s thunderbolt against Chelsea

Devonta Freeman hires new agent, who is ‘on a mission’ to have him on a team in late July, per report