Skip to content
You are here
Home > Tennis > Sets & The City: Domi’s Dramas in NYC 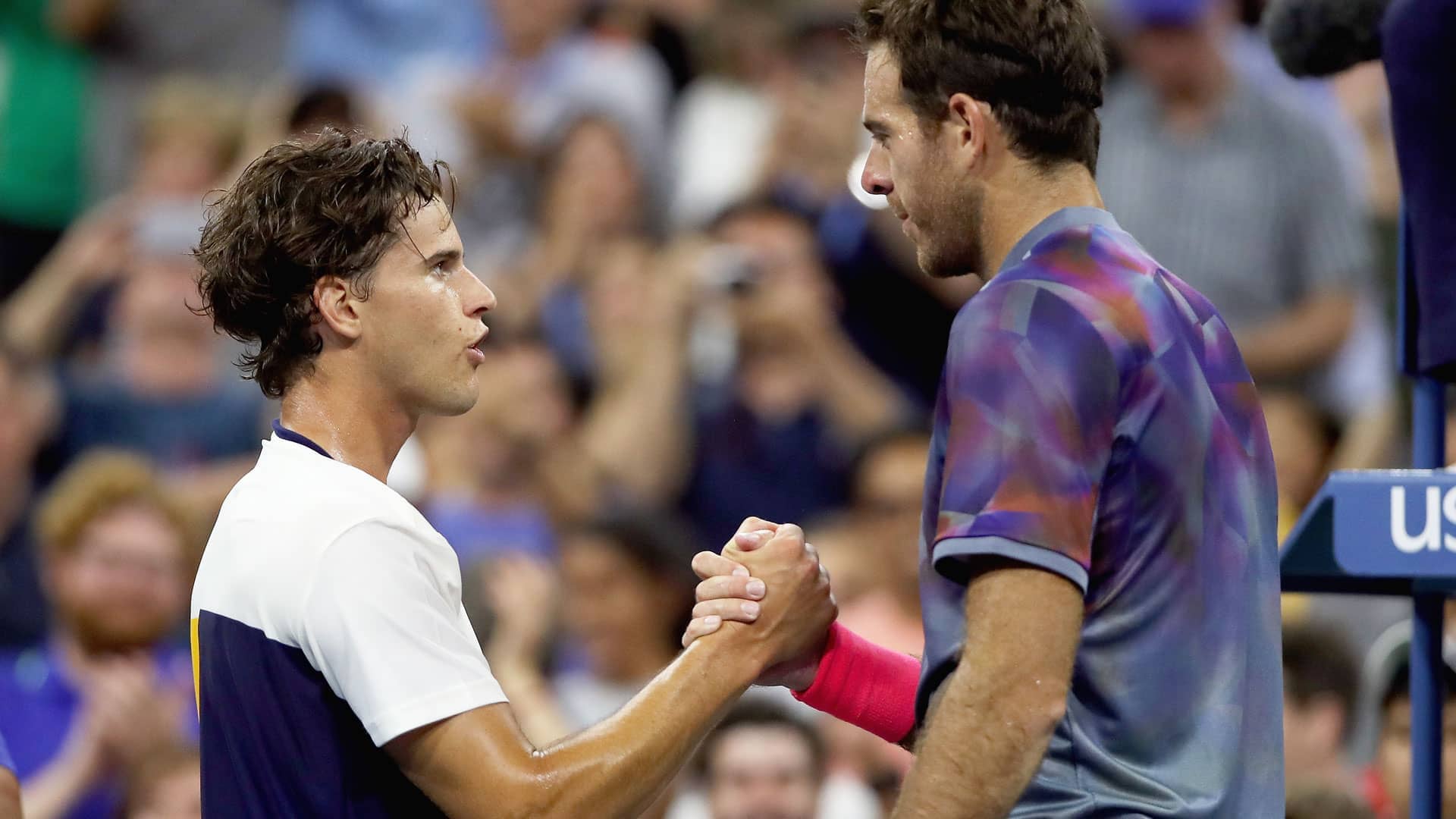 New York City is the theatre capital of the world, so it’s a fitting location for some of the most dramatic moments in Dominic Thiem‘s career during the US Open.

From devastating losses to milestone moments, ATPTour.com looks at the Austrian’s memorable highlights in New York ahead of his championship match on Sunday against Alexander Zverev.

The 11th match in their ATP Head2Head rivalry was their first on a hard court. Thiem made it clear from the first point that he would look to control the rallies, standing well behind the baseline to take massive cuts at topspin-heavy groundstrokes. He became the first player in 18 months to hand Nadal a 6-0 set and the first since Andy Roddick (2004) to do so at the US Open.

Nadal was forced to play defence for much of the match, but managed to win more of the points that mattered most. A heartbroken Thiem admitted that the loss would sting for awhile despite being proud of his performance.

”It’s going to be stuck in my mind forever,” Thiem said. “I’m going to remember this match, for sure. Tennis is cruel sometimes because I think this match didn’t really deserve a loser. But there has to be one.”

2017: Devastating Defeat To Del Potro
Thiem found himself on the receiving end of Juan Martin del Potro’s comeback of the year in their fourth-round clash. After sprinting through the first two sets against a fever-ridden del Potro, the Argentine dug deep and saved two match points in the fourth set to score an incredible 1-6, 2-6, 6-1, 7-6(1), 6-4 win.

The Austrian needed just over an hour to score a two-sets lead as a woozy del Potro received medical treatment late in he second set. It appeared at one stage that the 2009 US Open champion might retire. But as a heavily partisan Argentine continent urged him on and chants of “Del-Po! Del-Po!” rang out through the Grandstand, he became energised and found the range on his shots. Thiem failed to serve out the match at 5-3 in the fourth set and del Potro saved two match points with aces at 5-6.

After well over three hours, Thiem double faulted on match point and dropped his head as Del Potro raised his arms in triumph. But despite the loss, Thiem was able to appreciate the incredible atmosphere inside the stadium.

”I was really pumped to play in front of a packed Grandstand,” Thiem said. “I enjoy playing more in a packed stadium, even when it’s more for the opponent, than in front of 500 people cheering for me.”

Illness, Injury & Breakthroughs
Thiem has had other moments of pain and pleasure in his previous visits to New York. After pulling out of Cincinnati last year due to Illness, he arrived in New York short on fitness and match preparation. The end result was a shocking first-round loss to Thomas Fabbiano in which Thiem declared that his performance was “not the real me.”

His highly-anticipated fourth-round showdown with Del Potro in 2016 was short-lived after the Austrian was forced to retire due to a knee injury midway through the second set. Thiem said he struggled to bend his knee for three days and the volume of matches he played that year – 69 in total – finally caught up to him.

New York is also the sight of Thiem’s Grand Slam breakthrough. In 2014, the then-20-year-old reached the second week of a major for the first time with upset wins over No. 11 seed Ernests Gulbis and No. 19 seed Feliciano Lopez.

Need A Babysitter? Haase Is Your Man!