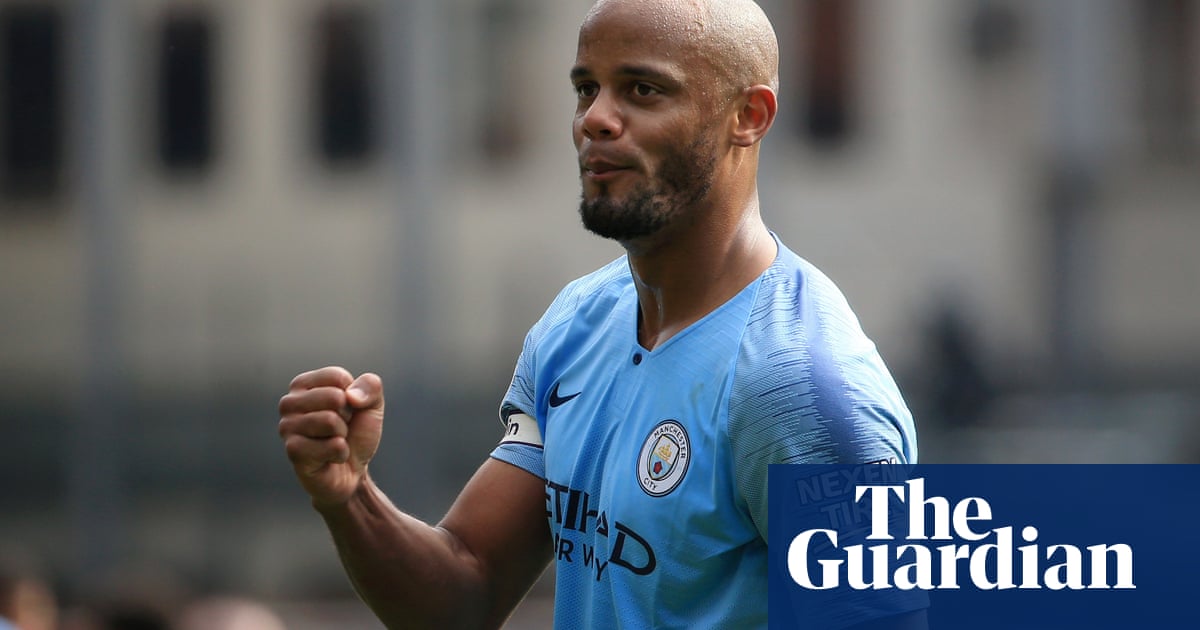 Vincent Kompany believes Manchester City must draw on their experiences of close-fought title victories in 2012 and 2014 if they are to hold off Liverpool’s challenge this season.

The Belgium defender made only his ninth Premier League start of the season in the 3-1 win at Crystal Palace on Sunday which maintained City’s chances of winning an unprecedented quadruple of trophies. Pep Guardiola’s side remain two points behind Liverpool but have a game in hand, although they face a tough task to overturn the 1-0 deficit from the first leg when they meet Tottenham in the Champions League quarter-finals on Wednesday night.

Kompany, David Silva and Sergio Agüero are the only remaining members from the championship-winning seasons under Roberto Mancini and Manuel Pellegrini, when City required victories on the final day to secure the title ahead of Manchester United and Brendan Rodgers’s Liverpool.

“That’s kind of the experience I try to pass on to the other lads,” Kompany said. “Last season, the last title, is not the one we should refer to really. It’s the other two where we had to win every game and we had five games to play, six to play. It was the same type of battle, between two teams, and what I say is that in those times you can actually trust your team to be better. You can trust your team to be better than before because everybody prepares well, goes to bed at the right time, people eat right. It’s the priority on everyone’s mind and that should give comfort rather than nerves.”

Raheem Sterling scored twice against Palace as City recorded a ninth successive win in the Premier League, meaning he now requires just one more goal to match the 18 league goals he managed last season. Kompany paid tribute to his improvement as a player but insisted there is plenty more to come from the England forward.

“Raheem is there at the right time. These are the moments we are expecting him to be bringing the team over the line. He’s a great professional as well so I don’t think he will be focusing too much on this one. He will be already focusing on Tottenham.”

Agüero is expected to be fit to face Spurs at the Etihad Stadium despite appearing to head straight down the tunnel at Selhurst Park after being substituted with 15 minutes to play.

With Bernardo Silva having returned from the bench after missing the first leg against Spurs, it remains to be seen whether Kevin De Bruyne retains his place in midfield but he remains hopeful of playing some part as City attempt to reach the Champions League semi‑finals for only the second time.

“You never know. It’s Pep’s decision,” De Bruyne said. “When I play, I try to perform well and help the team win. When I am on the bench, I try to come in as good as possible to help the team as well, so it’s his decision, and we have to go with it.”

In which matches have whistle-happy referees blown for time too early? | The Knowledge

NFL Week 2 grades: Tom Brady and Buccaneers get ‘B+’, Raiders get an ‘A+’ for winning first game in Las Vegas

This year the Premier League posted a video compilation of the fastest goals from kick-off. They were all scored within seconds of the game starting, ignoring the mid-match instant post-kick-off