Skip to content
You are here
Home > EltasZone > PFA Women’s Team of the Year: Arsenal, Chelsea and Manchester City dominate 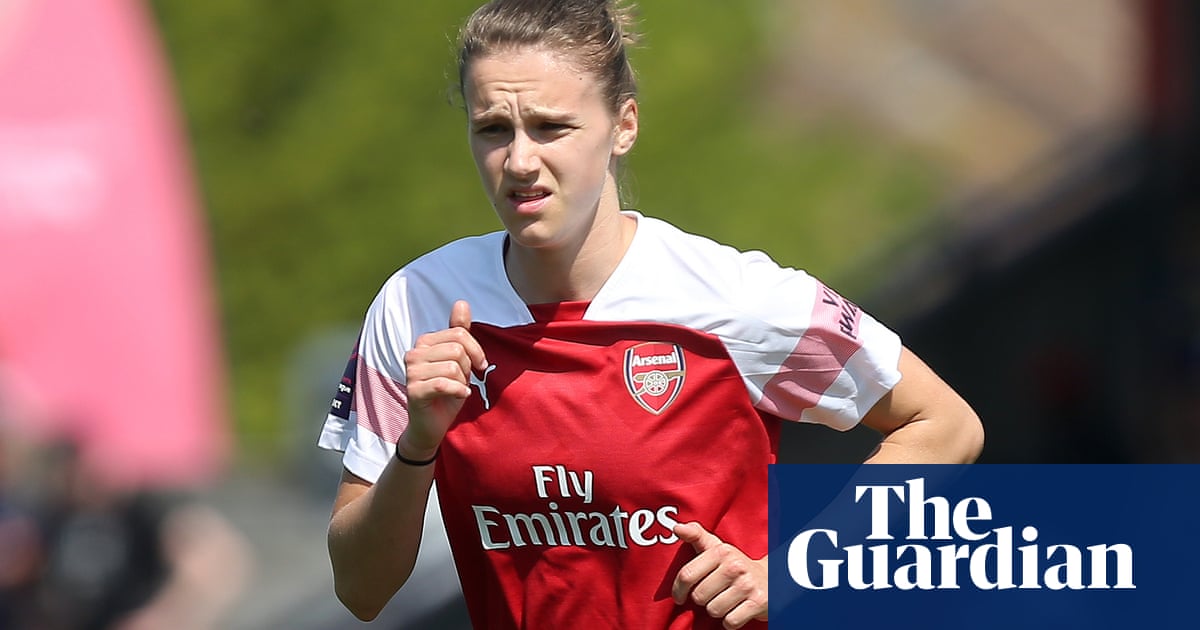 The prolific Dutch striker Vivianne Miedema is one of three players from Arsenal included in the 2019 PFA Women’s Super League Team of the Year.

The division’s top scorer, who has struck 21 times and provided nine assists in 18 appearances to lead the Gunners to the brink of their first title since 2012, is joined in the XI by her midfield team-mates Kim Little and Lia Walti.

Arsenal are four points clear of second-placed Manchester City with two games to play and could be crowned champions at Brighton on Sunday.

Little, the Arsenal captain, has contributed eight goals and five assists in 12 matches for Joe Montemurro’s side, while the Switzerland international Walti has enjoyed an impressive debut season in England following last summer’s move from the German club Turbine Potsdam.

The Continental Cup winners City and the reigning WSL champions Chelsea – who could reach the Women’s Champions League final on Sunday – also have three players each in the team.

Parris, who became the highest goalscorer in WSL history in November, is Miedema’s only realistic challenger for the golden boot after scoring 16 times in 18 outings. Houghton, the captain, and fellow defender Stokes have contributed to eight clean sheets for Nick Cushing’s unbeaten FA Cup finalists.

The Chelsea defender Blundell has been an important part of the division’s tightest defence, which has conceded only 12 times in 18 games. The forward Cuthbert has chipped in with six goals and four assists for Emma Hayes’s third-placed side, with South Korea midfielder So-yun contributing five goals and two assists.

The ever-present England Under-23 keeper Baggaley has produced a string of player-of-the-match performances for City this campaign.

Consistent Blues defender Mannion, meanwhile, is one of four players selected for the second successive season, along with Stokes, Blundell and So-yun.

The players will be honoured at the PFA’s annual awards ceremony in London on Sunday, April 28.

Michael Gray: ‘All people want to hear about is that bloody penalty’