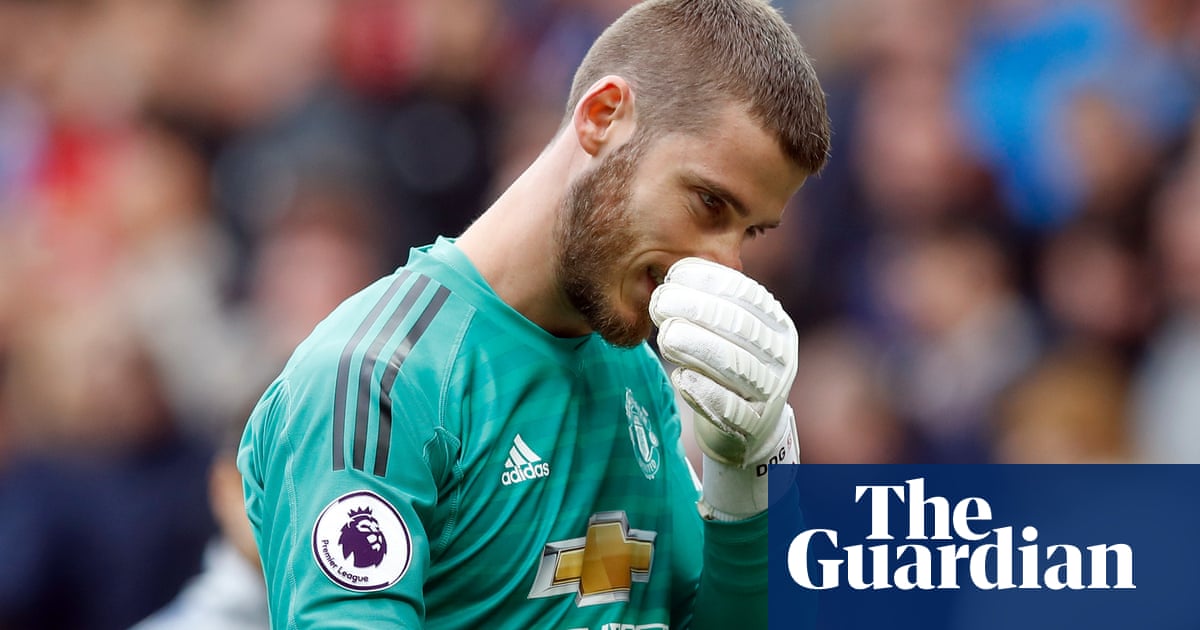 “No,” said Solskjær when asked if De Gea should have been left out. “David has been a fantastic keeper at this club, his reaction after Manchester City was good and I was confident in him. He knows he could do better with their goal but it’s one of those things again.”

He added: “David has been unbelievable. We do support each other. There is no chance anyone can blame him for losing points. He knows he could have had that shot but that is football. David is one who likes to play games and I will have chats with him and he will respond in the right way.”

Solskjær also indicated he would not leave the Spain goalkeeper out when United travel to Huddersfield Town for Sunday’s penultimate Premier League game. Asked if it might be better to drop him, Solskjær responded: “You think so? There’s many different ways of getting back into your best performances and of course I’ll sit down and speak to David as I’ve done when he’s played well – he’s not the reason why we are sixth.”

The result leaves United on 65 points, three behind Chelsea in fourth who also have a superior goal difference by eight. United took the lead through Juan Mata’s 11th-minute goal and were in control until Antonio Rüdiger’s 30-yard shot was spilled by De Gea and Marcos Alonso fielded the rebound to equalise.

It is the latest in a run of mistakes from the goalkeeper that have cost nine goals over the last two months. The most recent were those that handed City both in last Wednesday’s 2-0 derby defeat at Old Trafford, as well as errors for two of the goals conceded in the 4-0 loss at Everton.

But Solskjær refused to accept that De Gea has become complacent because of thinking his place is untouchable, with the manager pointing to the quality of his understudies, Sergio Romero and Lee Grant.

“He’s got two great keepers underneath him in Sergio and Lee,” said the Norwegian. “Sergio’s played well every time he’s played. Lee’s fantastic in training, they keep pushing each other. You cannot say there’s any complacency, David is not the type to be complacent, he’s a competitor, he wants to be the best and, for whatever reason, whenever I didn’t score [as a former striker] a goal, my confidence dropped if I missed chances.

“David knows he could have done better with the goal, there’s no reason hiding that. But there’s no chance any of us will point fingers because he’s saved us so many times.”

United have now won only twice in the past 10 games and Solskjær admitted their failure to hold on to the lead had been a frustration.

“It’s because we’re challenging against good teams,” he said. “Maybe it’s been inconsistency. Against Chelsea we were flying, creating chances on the front foot, and everyone was very pleased with the performance. But the second half was just a scrappy game, we never got the quality from either team.”

On his side’s prospects of sealing a top-four finish, Chelsea manager Maurizio Sarri said: “We have to win the last two matches otherwise we are at risk with the goal difference.”

United’s Eric Bailly will miss the rest of the season with a knee injury while Sarri hopes Willian can recover from a knock though he fears Rüdiger may have a serious knee injury.

Moves Manchester United could make if they sell Pogba, Lukaku

Premier League status report: How will rest of 2018-19 season play out?