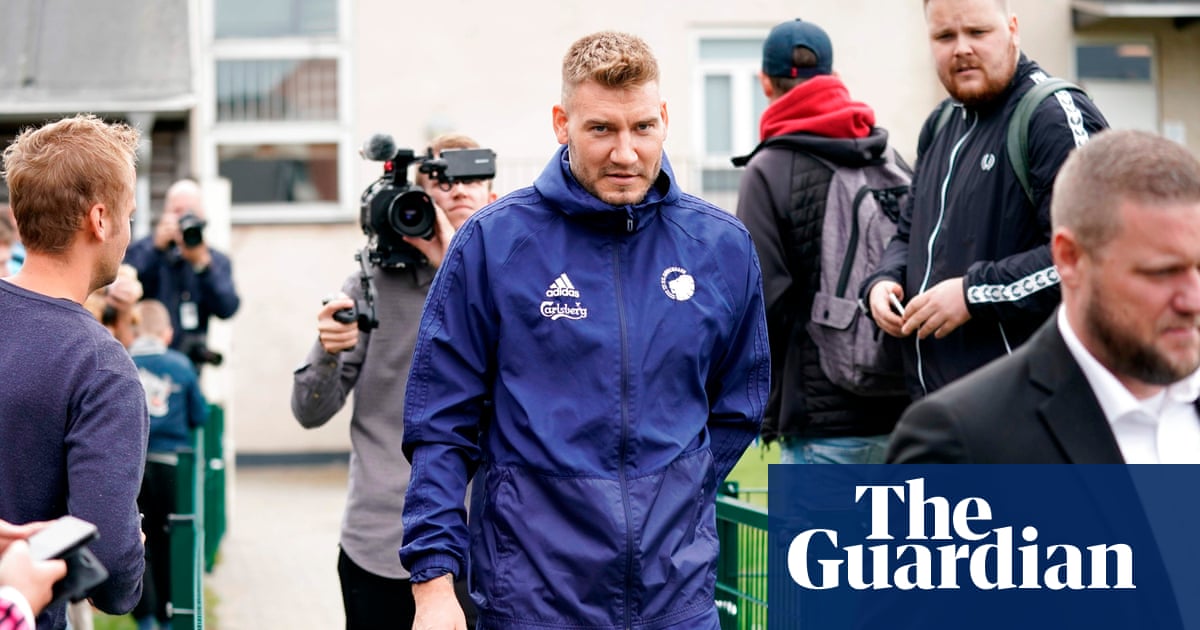 FC Copenhagen have decided to play Nicklas Bendtner’s first game for the club behind closed doors because their training ground “would have blown up” if they had allowed supporters in, according to the club’s manager, Ståle Solbakken.

The 31-year-old joined FCK this week on a free transfer, creating “Bendtner-mania” in the Danish capital, with his shirt selling out in the club shop. “It’s gone wild,” Solbakken told VG. “I don’t think the marketing department has ever experienced anything like it. It is quite surreal. I think you have to go back to Preben Elkjær in the 80s to find someone with the same cult-hero status.”

Nicklas Bendtner ‘dropped his pants and rubbed himself on my taxi’

The striker, who has not played since 28 April, has started training and is expected to play his first game for the reserves against the club’s arch-rivals Brøndby on Tuesday. However, considering the level of interest in Bendtner’s arrival and the fact that they are playing Brøndby, the club have chosen to play the game without fans for security reasons.

“This game is against Brøndby and then it’s war,” said Solbakken. “It’s just not possible. We have to close it [for fans]. There would have been supporters from both sets of teams, meaning 3-4,000 fans for a reserve game. We can’t house them there. Our training ground would have blown up.”

The Denmark striker was convicted of assaulting a taxi driver and sentenced to 50 days in jail in November 2018, which he served with an electronic tag at his home in Denmark. His club at the time, Rosenborg, vowed to keep him but released him on transfer deadline day, with reports suggesting that they had paid the striker off.

Bendtner represented Arsenal between 2005 and 2014 before playing for Wolfsburg, Nottingham Forest and Rosenborg. He has 30 goals in 81 appearances for Denmark.

Klopp hungry for high-rolling Liverpool to make away days pay

Socceroo Thomas Deng: ‘It’s our time to be a voice for Africans’ | Lucas Radbourne