Skip to content
You are here
Home >EltasZone >‘My gut is Kane can be fit’ for Champions League final, says Mauricio Pochettino 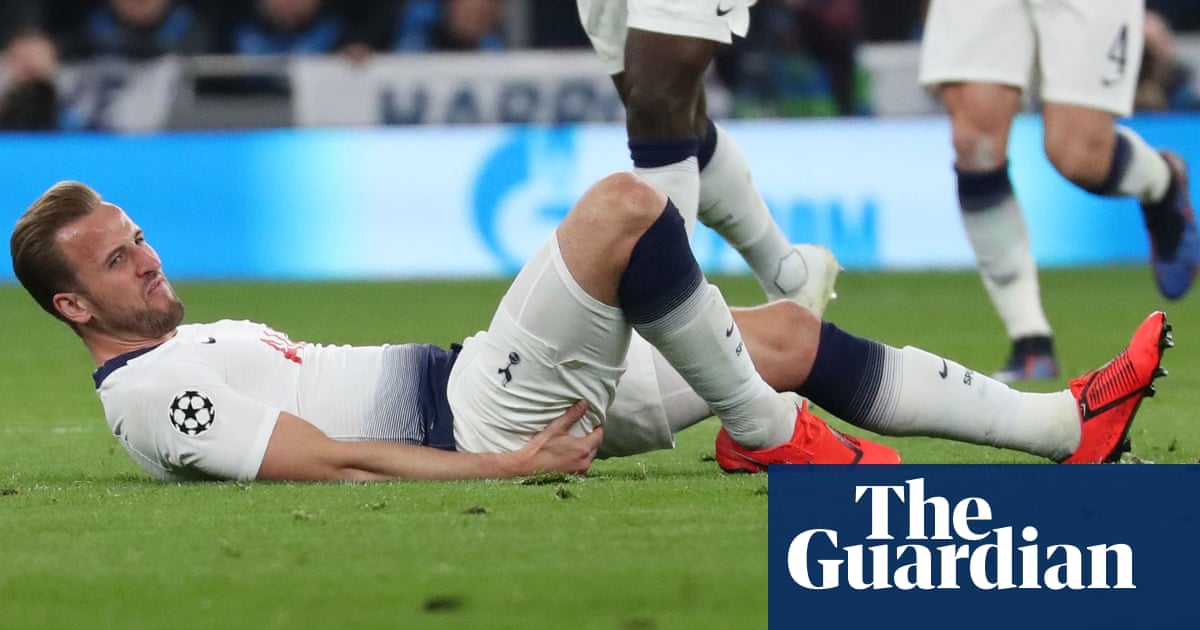 Mauricio Pochettino has said his gut feeling is Harry Kane would be fit for the Champions League final on 1 June, should Tottenham get past Ajax in the semi-finals.

Kane sustained ankle ligament damage for the fifth time in three seasons during the first leg of the quarter-final victory against Manchester City on 9 April and, when Spurs issued a statement describing the injury as “significant”, it sparked fears the striker’s season could be over. That included his participation with England at the inaugural Nations League finals, which begin on 6 June.

Premier League top four: who will stumble into the Champions League?

Pochettino accepts it will be difficult for Kane to play again this domestic season; Spurs, who face West Ham at home on Saturday, finish with another home fixture against Everton on 12 May. But ever the optimist, Pochettino wants to believe that Kane could be back for a potential Champions League final.

Were Spurs to beat Ajax – the first leg is in London on Tuesday – it would certainly increase Kane’s desire to come back as quickly as possible. The length of his previous four lay-offs with ligament damage in both ankles has ranged from three to seven weeks.

“My gut is maybe he can be available [for the Champions League final], because I know Harry Kane, the determination to work and to be focused and recover as soon as possible,” Pochettino said. “But I am not a doctor. This is only my gut.

Pochettino has other injury concerns and will be without Harry Winks, Moussa Sissoko (both groin), Serge Aurier and Érik Lamela (both hamstring) for the West Ham game. Winks is expected to be fit to face Ajax.

Gareth Southgate, meanwhile, has ruled out an England recall for Jamie Vardy at the four-team Nations League finals despite the uncertainty surrounding Kane. The Leicester striker had announced his retirement from international football after the World Cup last summer but, having spoken with Southgate while still in Russia, had agreed to “not shut the door completely” on a recall if ever there was an injury crisis.

The 32-year-old, who won 26 caps over a three-year stint in the national team, has been revitalised by Brendan Rodgers’ appointment at Leicester, averaging a goal a game over eight Premier League games. Yet, while England’s coaching staff have discussed that upturn in form, Southgate does not intend to turn to Vardy. The England manager will be at St Mary’s on Saturday to watch Bournemouth’s Callum Wilson against Southampton.

Southgate’s assistant, Steve Holland, will be at the King Power Stadium on Sunday to watch Leicester’s game with Arsenal but will be scrutinising Ben Chilwell, James Maddison and Harry Maguire in the home ranks.

Leroy Sané: ‘If Manchester City win the Champions League, I won’t suffer with it’