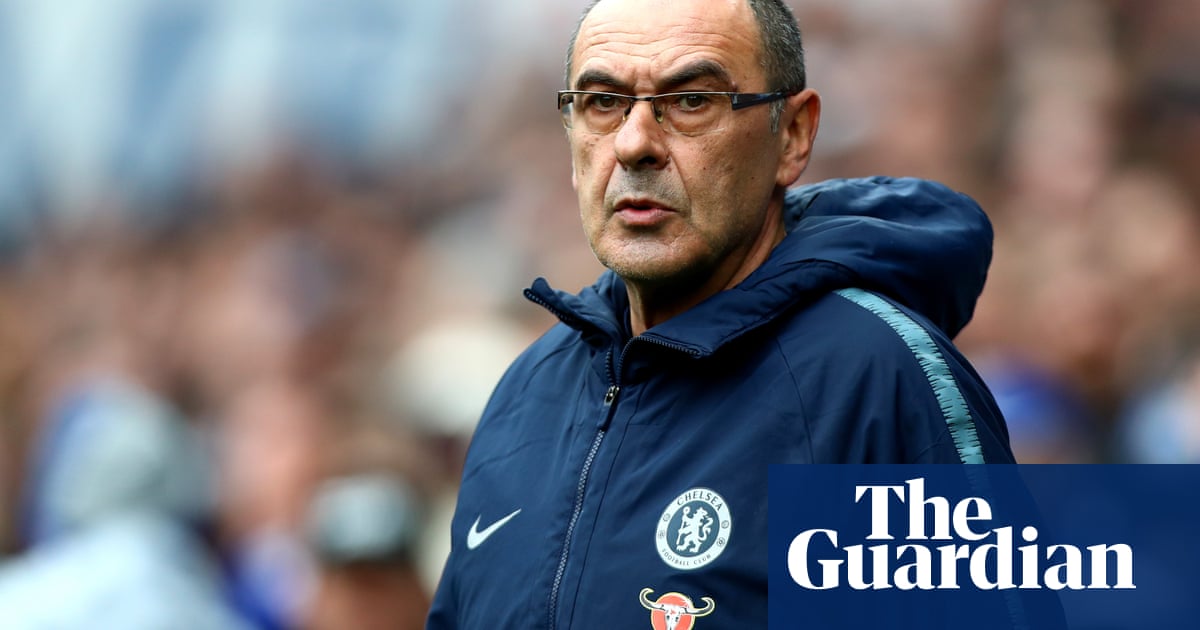 Maurizio Sarri has appealed to Chelsea’s disgruntled support to hold back on protests against his management for the good of the team as he prepares to hand Callum Hudson-Odoi a first Premier League start for the visit of Brighton.

The Italian endured abuse from the 3,000-strong travelling support during Sunday’s comeback victory at Cardiff City, with choruses of “Fuck Sarri-ball” and “We want Sarri out”. The head coach has acknowledged the fans’ frustrations, which he believes are partly born of expectations being unrealistically raised by Chelsea’s excellent start under him, but has insisted the chants unsettle his players.

“They have to help the players during the match,” said Sarri. “After the match, they can say anything, but during the match I hope they will be able to help my players. We are a group. At the moment, we are a very good group. So I think it’s not helpful for my players. For me, it’s not a big problem. I’m not happy, but it’s not a big problem. I am 60, so I can understand. But when I was 25, probably it was different.

“I am not happy, of course, but I am not concerned. It can happen. I can understand very well the frustration of our fans. But, in the end, we are not doing so badly. During this season, we have won 33 matches [in all competitions]. In England, only Manchester City did better than us. Of course, we know very well we need to improve our performances. Probably we started very well, and so our fans thought everything was really very easy for us. It’s not.

The collective mood will be raised by Hudson-Odoi’s inclusion. The 18-year-old impressed when earning his first two England caps last month but has played 110 minutes for his country and 119 in the Premier League this term. He was an unused substitute at Cardiff but should join Eden Hazard in the starting lineup against Brighton.

“In pre-season, after four or five training sessions, I realised Callum was really a player with a very great potential,” said Sarri. “In my opinion, in that moment, he wasn’t ready to play at this level. But during the season he has improved and now he’s ready to play. But I decided at the beginning of the season that he had to stay with us, and I put him in the squad. So I know very well Callum, and I want him to improve more because the potential is higher. And Callum is always in my mind. In my opinion, he is our future. Now he’s ready to play. Probably he will start tomorrow or in the next match.”

Sarri did add the caveat that he would check the fitness of Willian and Pedro – who suffered a knock in south Wales – before finalising his selection. “We need to play better if we want to try to change the fans’ opinion,” he said.