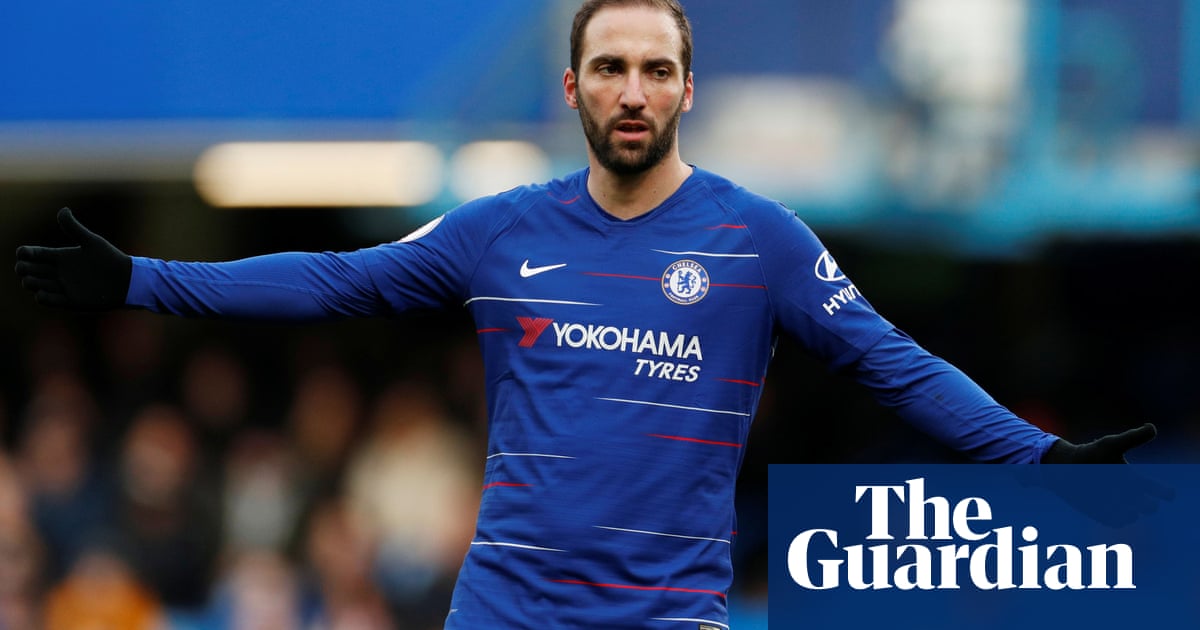 Maurizio Sarri has admitted he is unsure whether Chelsea will be able to secure the permanent signing of Gonzalo Higuaín from Juventus, but is ready to lean on the Argentinian forward over the last two months of this season.

Higuaín, who spent the first half of the season on loan at Milan, moved to Stamford Bridge in January on a similar arrangement with Sarri having championed the 31-year-old’s signing. The Italian had worked with the forward at his former club Napoli, where Higuaín had scored 36 goals in 35 Serie A fixtures in 2015-16.

Chelsea paid an initial €9m to secure the player with options to extend the loan until June 2020 for a further €18m, or sign him outright for €36m. It is unclear whether those options could be pursued should Fifa’s two-window transfer ban – the club’s appeal will be heard next Thursday – come into effect in the summer. Sarri, asked whether he wanted to retain Higuaín, said: “Yes of course, but it depends on the club, it depends on Juventus. It’s not clear the situation at the moment.”

Sarri has seen Higuaín labour in England and manage only three goals, against relegated Huddersfield Town and Fulham, in 11 appearances. Higuaín sat out the midweek win over Brighton & Hove Albion, in which Olivier Giroud opened the scoring on his first league start of the year, but should return against West Ham United on Monday.

“Gonzalo has to improve,” Sarri said. “He has to improve physically and mentally, but I think also he will be able to be very useful for us in the last part of the season. You know very well that it’s not easy in the first months to play in the Premier League. It was a problem also for Luis Suárez in the first season at Liverpool. He scored only four goals [after joining in January 2011]. In the second season he scored 17 goals, so it’s not easy, especially for a striker, to play immediately well in the Premier League.

“He needs time to improve his physical condition and time to be suitable for the Premier League. I think he is able to do it. Then, at the same time, we are lucky because we have Giroud. At the moment he’s in a very good mental and physical condition. We have to play every three days, so we’ll need both.”