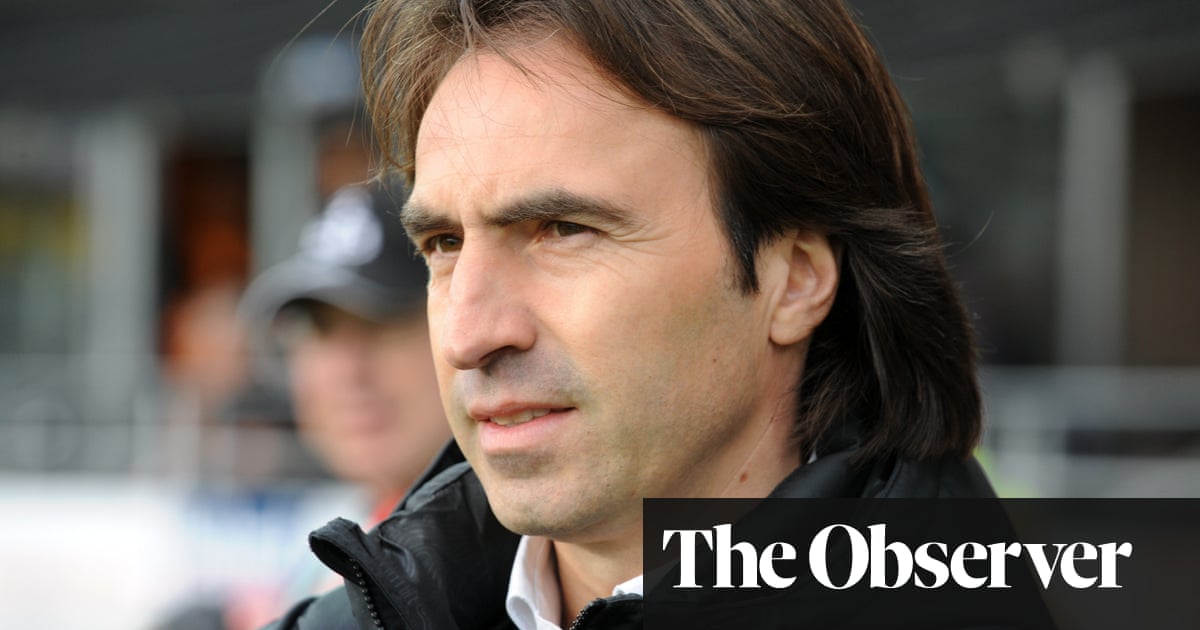 Until recently it could have been said that the only way for Mauritania to reach the Africa Cup of Nations would be to dispense with qualifying and just wave every country on the continent into the finals. In other words Mauritania seemed a hopeless case. In December 2012 they lay 206th in Fifa’s world rankings, with only three countries considered to be worse (in your faces, Bhutan, San Marino and the Turks & Caicos Islands). And yet Mauritania will make their debut in Africa’s showpiece, when they take on Mali. Their rise has been remarkable.

It has not happened by chance. Rather their progress – up to 103rd in the world – is reward for the intelligent development of football in the African nation that had perhaps the least interest in the game.

Ismaila Sarr to Hakim Ziyech: 10 to watch at the Africa Cup of Nations

Football, indeed any sport, was simply not a big deal in a country with a population of around 4 million and a land mass made up mostly of desert. “Even just two years ago you would never see someone wearing the national-team jersey but now shops can’t sell them fast enough, there has been a flourishing of football publications and the country comes to a standstill when the national team are playing, even friendly matches,” says Mamadou Thiam, editor of Rimsport.net, which has built a big following on the back of Mauritania’s newfound fondness for sport. “I have been following the national team since 1995 and I’m not sure I ever thought this day would come,” he adds. “For most of that time the main question was whether we would be able to put out a team, and we just seemed to stumble from one debacle to another.”.

Between November 1995 and November 2003 Mauritania won precisely none of their 33 matches, and in 2012 were banned from taking part in the Africa Cup of Nations after failing to fulfil fixtures. But a football revolution was already under way, led by Ahmed Yahya, now head of the Mauritanian FA (FFRIM), who first got involved in the sport at the age of 24 when he used some of the money he earned from a successful fishing business to set up FC Nouadhibou in the city of the same name, a coastal hub north of the capital, Nouakchott, and near the border with Western Sahara.

There were players and officials crying with joy, it was the most powerful emotion I’ve ever felt in sport

Since then he has appointed the Spaniard Luis Fuertes as the country’s technical director and overseen the implementation of an impressive footballing infrastructure, including many artificial pitches. There are now nearly 600 clubs across the country, with 65,000 registered players at all levels. Achieved partly with Fifa funding, it is a genuine success story.

Yahya chose Corentin Martins as the national team’s manager in October 2014. It did not seem an especially auspicious recruitment at the time, as Martins, once a fine midfielder who won 14 caps for France, had just been sacked by Brest after eight straight defeats. But two of his players at Brest were Mauritanians – Adama Ba and the national team’s captain, Diallo Guidileye – who liked what he had done and recommended him to Yahya. The pair met and, as Martins later explained: “There was a good feeling immediately. You could see he was serious about wanting to do something so I decided to throw myself into the adventure.”

Martins told French media last year: “When I arrived there was one national division and that was it. What has happened since is unimaginable. There are now two national divisions, plus competitions at U-19, U-17 and U-15 level for boys as well as female teams at senior and youth level. There are also more artificial pitches and a national academy. That has not been driven by me. I’ve had nothing to do with that. It has been down to the technical director and a president [Yahya] who is young, dynamic and ambitious.” Earlier this year the Confederation of African Football voted Yahya to be the continent’s best national administrator.

Martins has led Mauritania to two successive qualifications for the African Nations Championship – reserved for players who play their club football on the continent – and now to the big one, the Africa Cup of Nations. The scenes after his team secured their place by beating Botswana 2-1 last November – thereby finishing second in a group that also contained Angola and Burkina Faso –were like nothing Martins or Mauritania had ever experienced. “There were players and officials crying with joy. It was the most powerful emotion I’ve ever felt in sport,” said Martins, who as a player with Auxerre won the French title three times.

Seventeen members of Martins’ squad play for foreign clubs: Guidileye and Ba now play in Turkey, the defender Sally Sarr has just been released by the Swiss side Servette while the midfielder El Hacen El Id is in Spain at Real Valladolid B. But it is perhaps fitting that the player most likely to find the net and prove Mauritanian football is flying high is the domestically based striker Ismaël Diakité, who recently rejoined Asac Concorde from Morocco’s Ittihad Tanger.

The challenge now is for Mauritania to mark their arrival on the grand stage by taking a point in a group that includes Mali, Tunisia and Angola, whom they beat 1-0 at home during the qualifying campaign after being crushed 4-1 away.

Liverpool back at top after Georginio Wijnaldum inspires win at Cardiff