Skip to content
You are here
Home >EltasZone >Marcelo Bielsa is a success at Leeds, whether they’re promoted or not 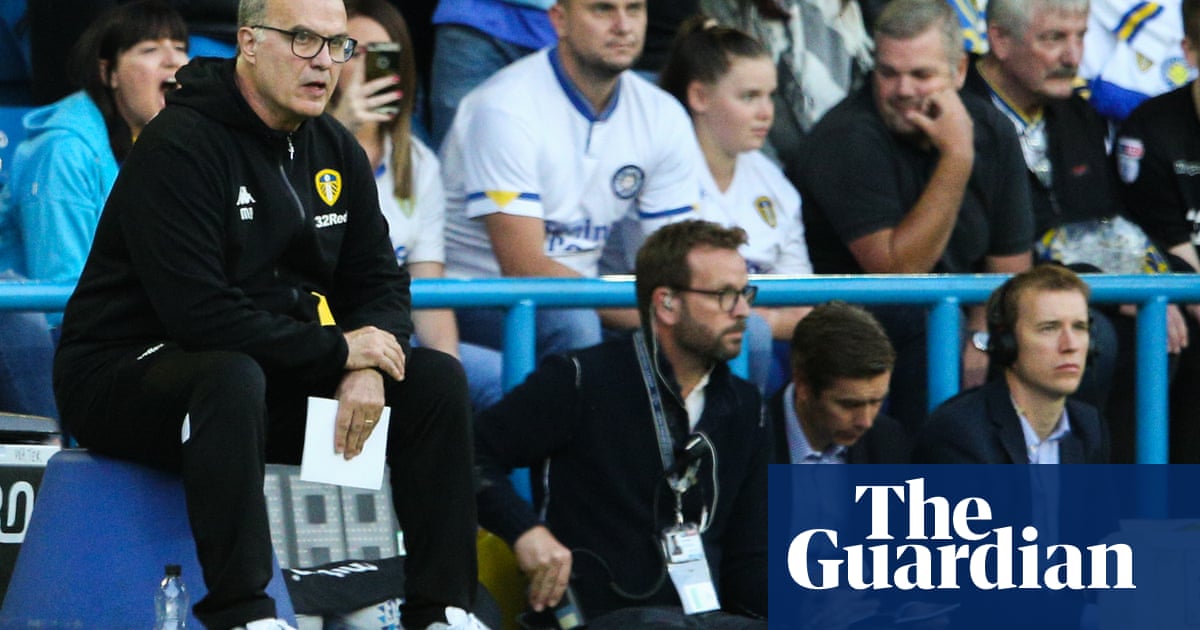 When the actor Nikolaj Coster-Waldau appeared on the Jimmy Kimmel show this week, he was not there only to talk about his role as Jaime Lannister in Game Of Thrones. Coster-Waldau, a Leeds United fan, led the crowd in a chant of “In Bielsa we trust”, after describing a “chosen one” who will “come up north and magically transform it into this wonderful paradise”.

Admittedly, the audience initially thought he was discussing a mystery Game of Thrones character, but the fact he interrupted a prestigious TV interview to laud the manager of a second-tier English football club gives an illustration of just how far the cult of Marcelo Bielsa has spread.

Before Bielsa, Leeds had essentially spent the better part of 17 years being a punchline, a disaster zone, or both. Pick your own favourite moment: Peter Ridsdale’s fish tank; financial ruin; having to sell Elland Road and their training ground; embracing Ken Bates as a saviour; administration; two separate points deductions that helped put them into League One and kept them there for three years; Massimo Cellino and burning through seven managers in three years; Dave Hockaday’s mystifying appointment; the Steve Evans experience; a succession of dispiriting campaigns in which little hope existed.

Not now. The funniest thing about Leeds this season has been “Spygate”, and that time most people were laughing with them rather than at them. Bielsa has made Leeds a successful team, challenging for automatic promotion in one of the most entertaining races in years, but perhaps more importantly thanks to him, the owner Andrea Radrizzani, director of football Victor Orta and managing director Angus Kinnear, the club have been revolutionised.

He has implemented changes that should stay for a long time, not least at their training ground, but more importantly has re-enthused a disillusioned fanbase that trickled away over the years, partly through winning games but also with the style of football that few thought was possible with this squad.

“He has ensured these players and the club relate to the fans and the community, which is something we haven’t had in recent times,” says Peter Emmerson, vice-chairman of the Leeds United Supporters’ Trust. “You can tell Bielsa feels honoured to be at Leeds and the feeling is reciprocated by the fans. It’s no coincidence that we are selling out our home and away games in record time.” Even the youth teams are doing well: the under-23s and under‑18s are top of their respective leagues.

Despite all of this, there is a real chance that they may not win promotion back to the Premier League. The remaining five games, starting with the visit of Sheffield Wednesday on Saturday evening, will be a chaotic dash as they and Sheffield United scrap for the second automatic spot, behind Norwich. Leeds occupy it now, but they have suffered some surprising recent defeats and if the season started after Boxing Day they would be ninth. If they do not make the top two they should win the play-offs, but “should” is a dangerous word in that context.

But would failing to win promotion matter that much? Would this season be regarded as a failure if they do not go up? Instinctively the answer is yes, but that’s only from the default position that success in the Championship is escaping it.

The great lie about football fans is that winning games is all they care about. It helps, but the sense they feel part of something they can be proud of, and that they are not completely wasting their time every time they watch their side, is much more important. Bielsa has given them that in bucketloads.

“There is belief right until the final whistle that we will win,” says Emmerson, who concedes that it would be “bitterly disappointing” not to go up. “Even when we go a goal down we have faith as we know his philosophy works.”

That’s all a fan can reasonably ask for. And it’s why there are so many stories of people buying season tickets for the first time in years, of parents finally taking their kids to Elland Road after years of protecting them from the trauma, and one fan even suggested the buzz around the club is greater than during the Champions League runs of 20 years ago.

From a financial perspective, clearly the top flight is desirable, but a non-scientific survey of Leeds fans suggested the most feared consequence of not winning promotion is not missing out on the riches of the Premier League, rather that Bielsa may leave. However, despite his unpredictable nature, you sense he is in this for the long term, that he still regards this as a job half-done.

Bielsa is already a success at Leeds, regardless of where they finish. On the pitch and off, he and the other decision-makers have turned this into a proper football club again, rather than the intersection between comedy and tragedy. That’s more valuable than being in the Premier League. “Bielsa,” Emmerson adds, “has made the whole city and fanbase fall back in love with Leeds United.”