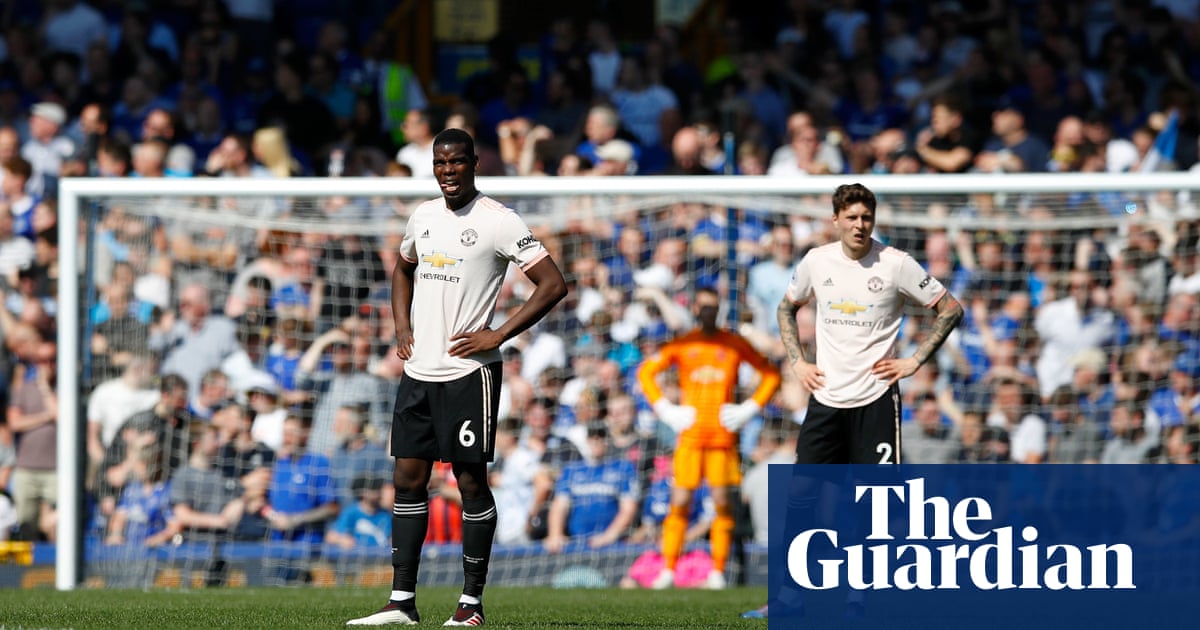 David de Gea, Paul Pogba and Romelu Lukaku will all consider their futures if Manchester United fail to qualify for the Champions League.

United’s The 4-0 humiliation at Everton on Sunday has left United sixth on 64 points. A Champions League berth is out of United’s hands.

De Gea is yet to agree fresh terms, United being forced to trigger a one-year extension on the goalkeeper’s deal to extend it until 2020. If they finish outside the top four, the prospect of De Gea agreeing a new contract looks remote and at 28 he may opt to leave.

Pogba, who signed from Juventus in August 2016 on a five-year deal, was minded to leave last summer, with Barcelona having made a bid. He admitted on Monday that United’s players had disrespected the club with their performance in the defeat against Everton on Sunday and caled for a reaction against Manchester City on Wednesday night.

“The way we played and the performance of myself, of the team, of everyone is disrespectful,” Pogba said.

“We didn’t respect ourselves, the club or the fans. Everything went wrong but the most important thing is the mentality that we put on the pitch, that has to change.

Lukaku, 26 next month and out of contract in 2021, has lost his starting place under Solskjær and this, plus the lack of Champions League football, would lead the forward to consider his options.

The manner of the defeat at Everton – United had only one shot on target – has caused aftershocks at United and added to the disillusionment caused by José Mourinho’s turbulent and divisive tenure that ended in mid-December. Solskjær has so far done much to improve morale but some players are still recovering from the impact of Mourinho’s management.

Solskjær warned last week that some players needed a “reality check” and the performance at Everton will have confirmed the view. Solskjær identified Anthony Martial as one player he had spoken to, yet the Frenchman was among those who lacked commitment at Goodison.

After the Everton game, De Gea tweeted: “Difficult to put what I am feeling into words. As captain I want to say the performance, on top of the result, was not up to the standard expected when you pull on this shirt. We know we have to improve but words mean little: we have to give everything for this club. Thank you for your unconditional support.”

United are continuing to identify a candidate to become the club’s first technical director. While the position may be filled internally it is understood it is unlikely to be by Mike Phelan, Solskjær’s assistant manager.

In a move first reported by the Guardian last August, whoever is appointed will undertake a position that works alongside the manager in a strategic fashion, with regard to the first-team squad and the progression of players from the academy.

Lazio bring Atalanta down to earth with Coppa Italia triumph

Overraction – Will Solskjaer be gone by Christmas?