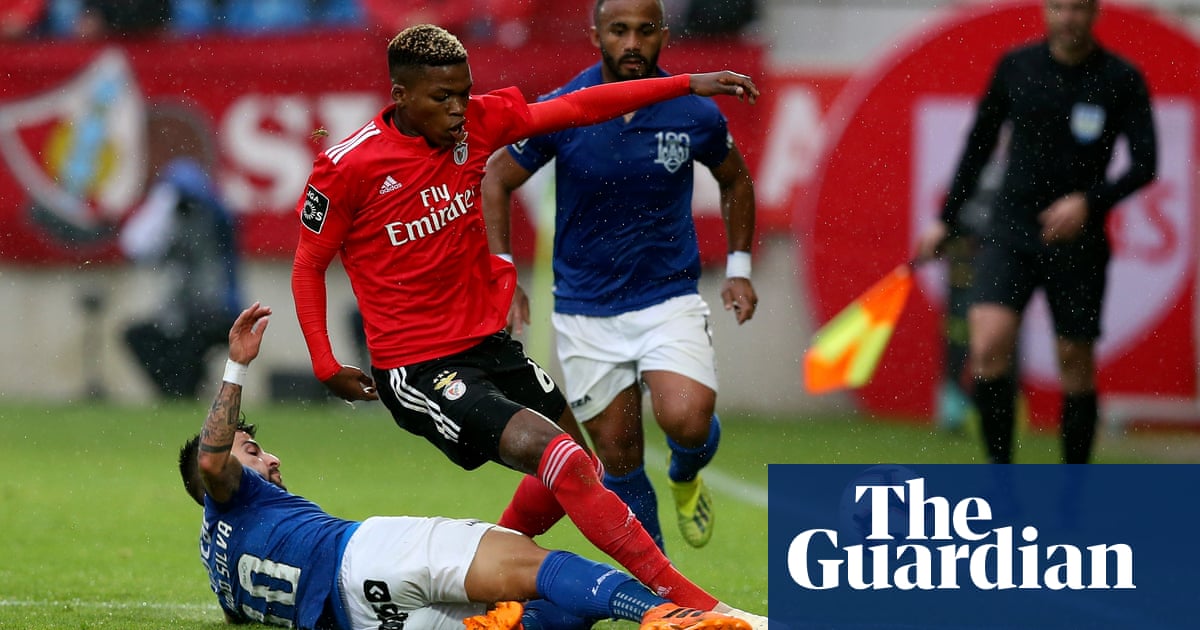 The 19-year-old defensive midfielder has just broken into the first team but already has a release clause of €60m. Benfica are hoping that he will sign a new contract soon and to increase the clause to over €100m.

Are Liverpool or Manchester City on course for a record runner-up season? | The Knowledge

The Lisbon-born youngster has been with Benfica since 2010 and progressed through the youth teams at the club before making his debut on 10 February this year.

Paris St-Germain have already had one bid turned down for a player who has represented Portugal at U15, U16, U17, U19 and U20 level.

City have had scouts watching the 19-year-old and see him as a possible long-term replacement for Fernandinho, who is 33. Luis’s current contract with Benfica runs to 2023.

Football quiz: when Ajax won the Champions League final in 1995

MLS is back … in a Covid-19 hotspot with terrible food