Nathaniel Phillipsimpressed during Liverpool’s 2-1 win over West Ham United on Saturday, but that isn’t stopping the Reds’ eyes from wandering toward other centre-back targets, according to The Sunday Mirror.

The report indicates Liverpool are looking to bring in Ajax centre-back Perr Schuurstwo years after the Dutchman had a trial with them.

The 20-year-old has stepped up since Matthijs de Ligt‘s move to Juventus and shone during Ajax’s Champions League match against Liverpool, which the Premier League side won 1-0 through an own goal.

17.57 GMT: Rangers striker Alfredo Morelos is happy to have competition for places at the club, according to manager Steven Gerrard.

Morelos has a contract with the Scottish league leaders that runs until 2023, but he is still regularly linked with a move away from Ibrox.

The 24-year-old Colombia international, who has scored 83 goals since joining the club in June 2017, has reportedly attracted interest from clubs including LA Galaxy, Atletico Madrid and Lille over the past year.

Morelos was a substitute for Thursday’s Europa League match against Lech Poznan, but came off the bench to score the only goal of the game.

“I think in previous seasons and at previous times we’ve probably overused Alfredo, because of our lack of options in the forward area. But now we’ve got competition for places, we’ve people ready to come in, people are hungry — there are probably a few in there that want to play more, so we’re in a good place in that area.”

17.10 GMT: Juventus defender Daniele Rugani was the subject of bids from Premier League rivals Arsenal and Chelsea during the transfer window, according to his agent.

Rugani, who has made more than 100 appearances for Juve since his debut in 2015, joined French side Rennes on a season-long loan last month.

When asked if the Serie A champions had turned down any €40m bids for the centre-back, agent Davide Torchia told Tuttomercato: “At the time, Arsenal, Napoli, Chelsea, Zenit and Lyon arrived at around €30m and [they] were never taken into consideration.

“For those prices, Juve did not sell him, and I do not dispute whether they did right or wrong.”

16.19 GMT: Neymar wants to pledge his future at Paris Saint-Germain and no longer has plans to return to Barcelona, according to Footmercato.

The Brazil forward has a contract with the Ligue 1 giants that runs until June 2022.

Neymar left the Camp Nou for PSG in 2017 for a world record fee of €222m. Despite continuous links and talks of a potential return to Barcelona, the 28-year-old priority is to sign a new five-year deal with PSG. Neymar no longer desires to return to Barca and has reportedly already told PSG of his intention to sign a new contract.

The new deal would hold the same financial terms as his current contract, €30m net per season, a figure that is beyond Barca’s reach.

15.32 GMT: Manchester City manager Pep Guardiola has reiterated that he has no plans to return to Barcelona to coach the club for a second time.

Victor Font, one of the candidates to replace Josep Maria Bartomeu as Barcelona’s next club president, told Sky Sports during the week that he wants to bring Guardiola back to Camp Nou.

However, Guardiola insisted after Saturday’s 1-0 win against Sheffield United that he was not interesting in leaving City.

“I’ve said it many times, my career as a manager at Barcelona is over,” he told BT Sport. “I think once in a lifetime you have to do these things and there are incredible people who can be in charge now. For example Ronald Koeman is an excellent manager, so it’s over.

“I’m still incredibly happy here [at Man City], I still have the desire to do well and this is the most important thing.”

– Dawson: City players show they are fighting for Guardiola with scrappy win

Isco was a key player for Madrid when he first arrived at Real in 2013, helping Ancelotti to win the Champions League in his first season at the club.

However, under Ancelotti’s successor, Zinedine Zidane, the 28-year-old has become a peripheral figure, starting just two games so far this term.

The Mirror reports that Madird would like to send the Spain international out on loan in January, ideally with an obligation for the loaning club to sign the player for £18m at the end of the season.

13.59 GMT:Manchester United midfielder Bruno Fernandes is looking toward a future with Paul Pogba at the club by saying that he can do “great things” with his fellow midfielder at Old Trafford.

United manager Ole Gunnar Solskjaer confirmed two weeks ago that Pogba will remain at the club for the next two years after a one-year option in the Frenchman’s contract was triggered that will keep him at the club until 2022.

Both players excelled together after the Premier League restart in June and helped United reach the Champions League last season.

However, the pair have not started alongside each other since United’s 6-1 humiliation at home to Tottenham but Fernandes said they have a good relationship.

“We both speak Italian so most of the time we speak Italian,” Fernandes told Sky Sports. “I have a good relationship with him on and off the pitch.

“He’s a funny guy, he always wants to joke. I know him from Italy already but now I have the chance to be in a team with a World Cup winner.

13.18 GMT: Napoli coach Gennaro Gattuso is on the verge of signing a two-year contract extension with Napoli, according to Gazzetta dello Sport.

Gattuso replaced Carlo Ancelotti at the helm of Napoli in December 2019 and steered the Naples-based club to a seventh-placed finish last season.

The former AC Milan star has a contract with the Partenopei until June 2021, but has reportedly reached an agreement that will see him remain in Naples at least until June 2023.

The new deal, worth €1.9m net per season, will give Napoli the option to extend his stay for a further season.

12.36 GMT:Valencia midfielder Geoffrey Kondogbia is close to joining Atletico Madrid, sources have told ESPN’s Alex Kirkland and Rodrigo Faez. The club have agreed a deal with Valencia which will see them pay €17m plus variables for the midfielder, who will undergo a medical on Sunday.

Atletico targeted Kondogbia to replace Thomas Partey, who joined Arsenal on transfer deadline day after the Premier League club paid his buyout clause. Coach Diego Simeone had wanted to add a dominant, box-to-box player in midfield to compensate for the loss of the Ghana international.

Under La Liga rules, Atletico were granted an extra 30 days outside the transfer window to sign a replacement for Partey, as his release clause had been paid.

11.44 GMT: Calciomercato is reporting that Atletico Madrid could be about to make a move for Atalanta striker Duvan Zapata. The report says that Juventus made an enquiry in the summer, but were not prepared to pay the €50m asking price and signed Alvaro Morata instead. Now Atletico boss Diego Simeone has emerged as the 29-year-old’s No. 1 suitor and wants to partner him with Luis Suarez.

11.01 GMT: Phil Jones is surplus to requirements at Manchester United, not named in either their Premier League or Champions League squads for the first half of the season. The Daily Star reports that the centre-back has his heart set on a loan move to Burnley in January, but is worried it might be scuppered by a £200m takeover at Burnley by Egyptian businessman Mohamed El Kashany and lawyer Chris Farnell.

The report says that if the move to Burnley doesn’t happen, Jones could drop into the Championship with either Derby and Middlesbrough — but his £100,000-a-week wage is going to be a big sticking point.

10.16 GMT: RB Leipzig and Hungary midfielder Dominik Szoboszlai is going to be a man in demand in January, according to his national team boss. Marco Rossi reckons four Serie A clubs wanted to sign him in the summer, and will be back in when the winter window opens.

“Italy would be the best place for him,” Rossi told Tuttosport. “If he would join a German team he would be ready to play immediately but if he chooses Italy he would become a complete player.”

Rossi reckons the 20-year-old will be available for around €25m, with Lazio, AC Milan and Napoli possible suitors.

“Szoboszlai is a midfielder who makes assists and scores goals,” Rossi added. “He can play centre midfielder or behind a main striker. At Juventus he would be ideal as a back-up to Aaron Ramsey. We are talking about one of the top 10 talents in Europe.”

Szoboszlai was last week named on the shortlist for the 2020 Golden Boy award.

09.30 GMT: Calciomercato reports that clubs are starting to line up for Inter Milan midfielder Christian Eriksen, who seems likely to leave the San Siro in January after one disappointing year. Juventus, AS Roma, Lazio and even AC Milan are all said to be keeping tabs on a player who could be available for €20m.

AC Milan have a wealth of centre-back options at the moment, but Calciomercato is reporting they still have a list of targets to further strengthen that position in January.

The Italian outlet says that Simon Kjaer can use his experience to help younger centre-backs, which might be the reasoning for the youthful outlook here.

Milan are seemingly getting well ahead in their preparations for the January window.

The 21-year-old has had a breakthrough season and has seemingly caught the eye of the Blues, which is most likely to have happened in the Europa League or during international duty with Bosnia & Herzegovina.

It is reported that Chelsea will look to sign the defender for 83m Swedish krona, which equates to just over £7 million.

Chelsea are said to be ready to make the player an offer, which would see him move to Stamford Bridge on a five-year contract.

– Kyle Walker has said he could finish his career back at Sheffield United during an interview with BT Sport. The Manchester City right-back scored against the Blades, the club he supported as a child and who he first played for, on Saturday. While there are no immediate plans for his permanent return to Bramall Lane, it seems the door is open for it to happen one day.

– Juventus are adamant they will sign Genoa‘s Nicolo Rovella, according to a report from Calciomercato. The midfielder may be able to leave for free in the summer, as his current contract with the Serie A outfit comes to an end. However, they will still make a move for the 18-year-old if he chooses to sign a contract extension with his current club. 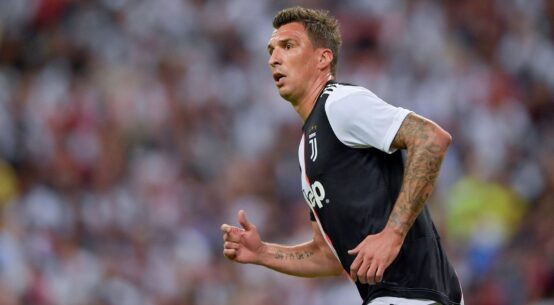