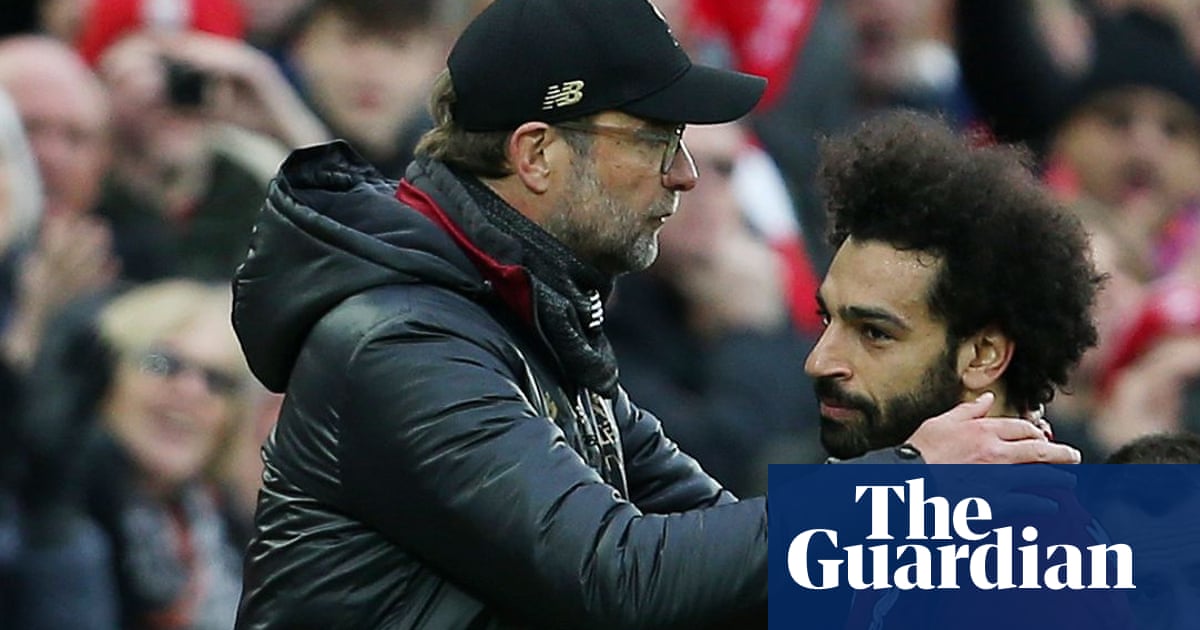 Jürgen Klopp has said Chelsea fans who racially abused Mohamed Salah should be banned from football for life and are symptomatic of a wider problem that demands a stronger reaction from the game’s authorities.

The Liverpool manager issued a fierce condemnation of a video of a chant, broadcast on social media before Chelsea’s Europa League game at Slavia Prague on Thursday, calling the Egypt international a “bomber”. Klopp reiterated his view that tougher sanctions are required to combat racism in a game that champions diversity in every dressing room around the world. But he believes football collectively needs to use its “strong voice” to make an impact.

“It’s disgusting,” said Klopp. “Another example of something which absolutely should not happen. We should not see it as a Chelsea thing or a Liverpool thing. It’s another sign that something is going wrong out there at the moment. It’s still only a few people doing it, but the stronger the reaction is from all of us, the more it will help to avoid things like this in the future.

“These guys now are football fans and if you do something like that you should not be able to enter a stadium again, in my point of view, in your life. It’s just a complete misunderstanding of how life should be. All kinds of racism are that some people think they are worth more, more valuable than others. That’s the biggest misunderstanding in the world out there.

“As a part of the football community, I can say that these people should not be involved. Football is the best example for how different people, different races can work together brilliantly. Go in each dressing room, and you find them all there sitting there together, next to each other and nobody cares about where he’s coming from, who his parents were. It’s never an issue. That’s what I can say. They should not be allowed to be part of the football community again. They did it now, but hopefully we can avoid someone doing something like this again. Football is very public and we have a strong voice, we have to use that strong voice and show that we all think the same. Things like this are not allowed to happen again.”

Chelsea have been praised for their swift response. The club, working in conjunction with their away security staff, identified the individuals involved before the game, with three of the six stopped as they attempted to enter the stadium in Prague. They are trying to find the other three and intend to ban all six.

Asked what Salah’s reaction to the abuse was, Klopp replied: “It’s nothing to say in public. We don’t give these people more than they deserve. I said what I had to say, for me that’s it. There were official statements from Chelsea, Liverpool, other organisations. A strong reaction is needed.”

From parks to Premier League: the shocking scale of racism in English football