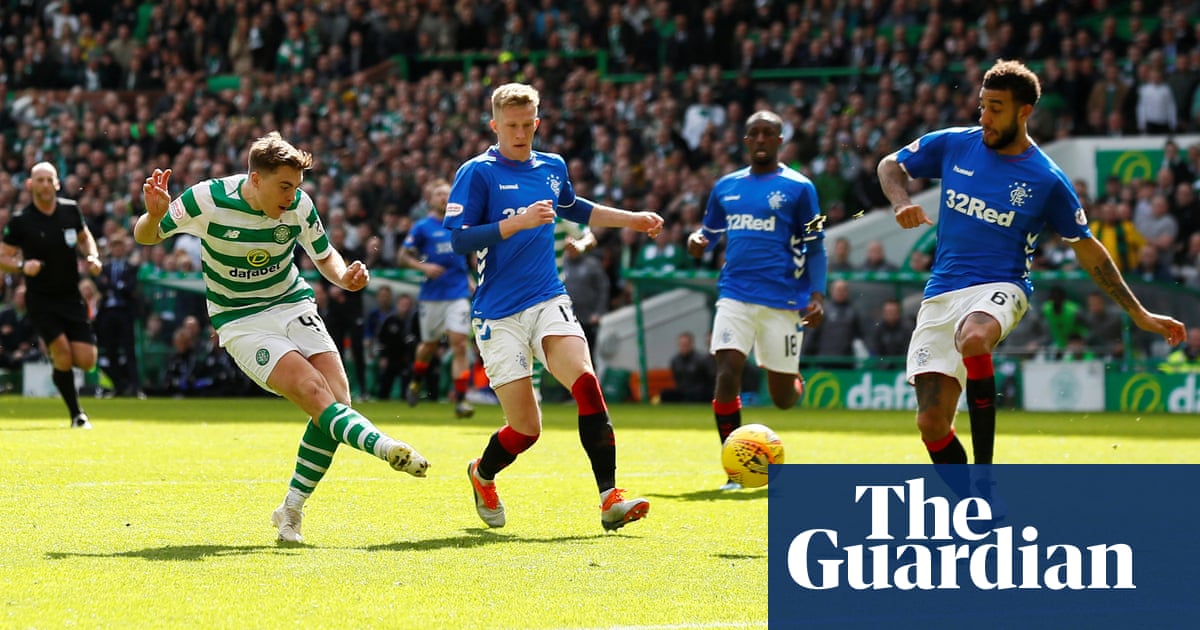 Whether or not Celtic deserved this win will not matter one iota to Neil Lennon. A crucial match in Lennon’s tenure – as is only guaranteed to be in charge until this summer – produced yet another late Celtic winner. On account of their second half display, Rangers can legitimately feel hard done by. A match which had continually threatened to boil over concluded with both sets of players involved in an ugly melee; Old Firm fixtures are not famous for both sides routinely covering themselves in glory.

James Forrest was the Celtic hero. After horrendous concession of possession by Rangers, Callum McGregor fed Odsonne Edouard. The striker showed composure otherwise lacking in Celtic’s second-half display to play in Forrest, who made no mistake.

Celtic had controlled the opening half, with a deserved advantage arriving via Edouard. The Frenchman collected the ball on the half-way line, with a drive into the penalty area before a clever finish. Rangers’ task had been made even stiffer by the latest red card issued to Alfredo Morelos, the striker having thrown an arm into the face of Scott Brown.

After the interval, though, Rangers rallied. Ryan Kent danced his way through Celtic’s central defence before slotting home a merited equaliser. Celtic, like their visitors, were reduced to 10 men; Dedryck Boyata limped off with Lennon having used all his substitutes.

Forrest was to have the decisive say although significant, too, was a terrific Kristoffer Ajer block as Joe Worrall looked set to deliver a second Rangers equaliser. Celtic’s league advantage, now 13 points, means it is only a matter of time until their retention of the title is confirmed.