Skip to content
You are here
Home > Tennis > High School Reunion: Fish & Roddick Get The Band Back Together 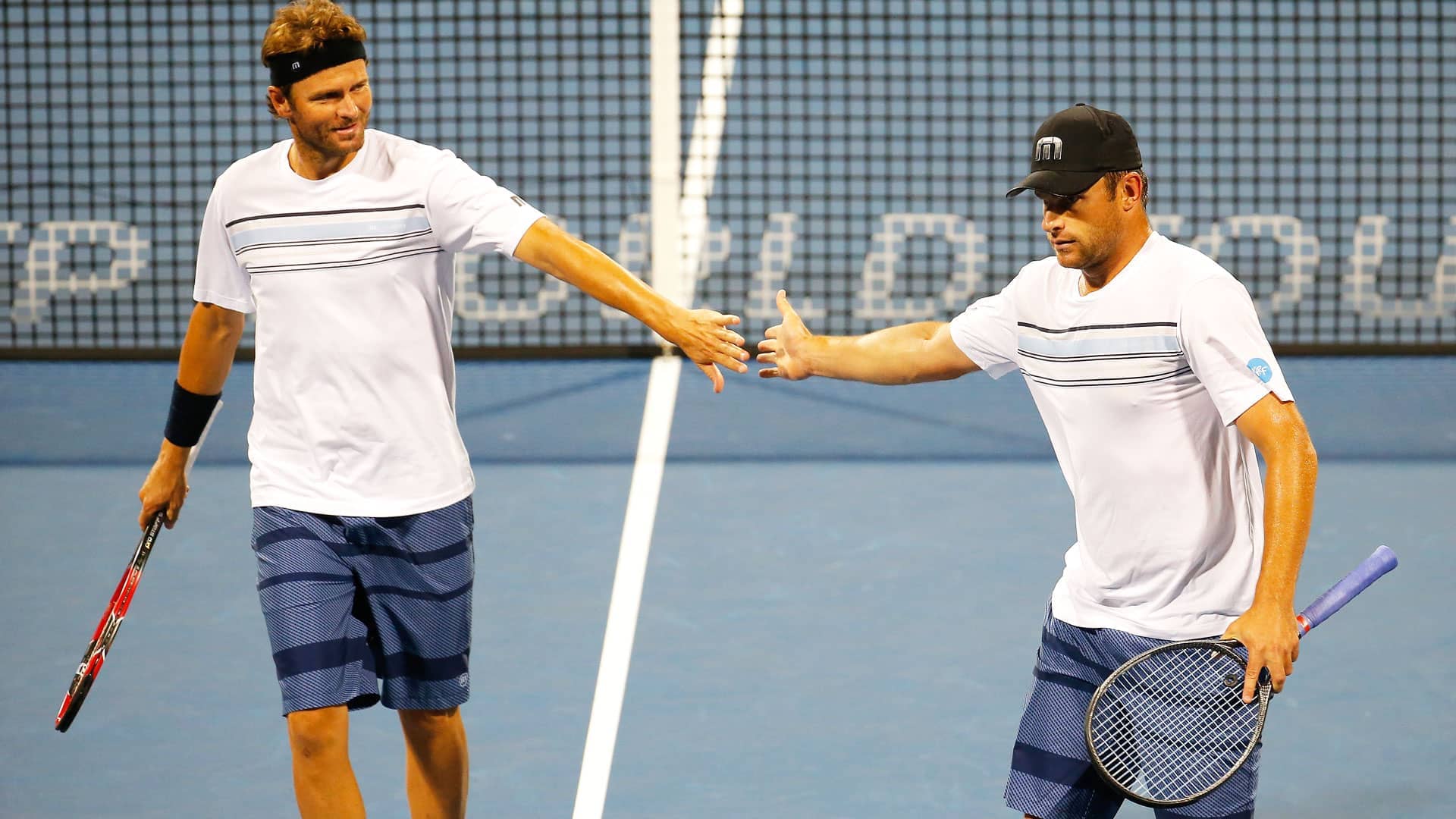 When Mardy Fish wanted to create an unforgettable moment in one of his last ATP Tour events, he brought one of his closest friends since high school out of retirement.

Fish, then 33, delighted fans by teaming up with Andy Roddick in doubles at the 2015 Truist Atlanta Open. Roddick hadn’t competed since calling time on his career at the 2012 US Open, while Fish confirmed plans to retire at that year’s US Open and was only competing in his third tournament since August 2013.

The former No. 7 in the FedEx ATP Rankings had been candid about his struggles to get back on court. He underwent an operation in June 2014 to correct misfiring electric pulses with his heart and opened up about battling an anxiety disorder, but was determined to finish on his terms.

“With Mardy’s comeback, it’s been a pretty amazing story. The fact that he’s going to pursue that even more this summer is really exciting,” Roddick told USA Today. “We’ve been friends for a long time and we just wanted to play together one last time. I wanted to play with my friend and share in his comeback a little bit.”

In front of a packed Wednesday night crowd in Atlanta, Fish and Roddick turned back the clock with a 7-6(2) 6-4 win over Yen-Hsun Lu and Jonathan Marray. Although the Americans lacked match play, they were able to lean on their previous success together. They had compiled a 20-6 tour-level record and won two titles together, including an ATP Masters 1000 crown at the 2009 BNP Paribas Open.

“When you don’t play for that long, you don’t know what to expect,” Roddick said. “I had a blast. I wanted to win that really badly. It was a lot of fun at the end when we realised we had won. I had fun and I think Mardy did too. There was a lot of rust out there, but we masked it well.”

“It was a blast out there,” Fish said. “The crowd was great. It’s good to do it here in Atlanta.”

Roddick also tried to give Fish a boost in singles, albeit with less success. When Fish needed a fresh pair of socks during his first-round match, Roddick offered his own.

“I wear the low socks and my shoes were really wet, so I was asking for my trainer to run back and get some socks,” Fish explained. “Andy was nice enough to take his off his feet and try to get them to me, and I threw them away. I don’t want those!”

Although they fell in the quarter-finals to Eric Butorac and Artem Sitak, their brief run in Atlanta helped kickstart Fish’s final lap on Tour. He picked up the first singles victory of his comeback three weeks later in Cincinnati and won a round in his final event in New York.

Second Serve Success: Roger on Hard Or Rafa on Clay?