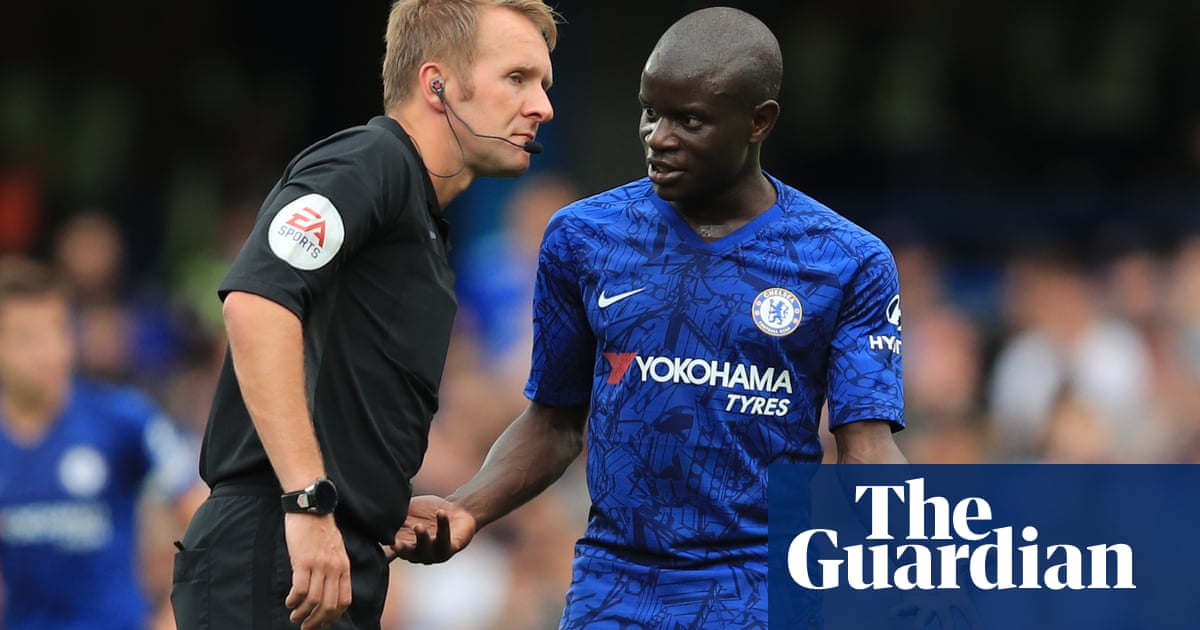 If Zinedine Zidane is to survive much longer at Real Madrid, something which probably relies on winning the next few matches, then he would like N’Golo Kanté to solve the sluggishness in his team’s midfield. Eden Hazard and Thibaut Courtois are helping with the wooing, and believe it is Kanté and not Paul Pogba who can solve Real’s ills.

Talking of lacklustre midfields, Manchester United would like to inject James Maddison into their team, having been undeterred by Jeremy Clarkson’s criticism of the Leicester schemer’s overly fastidious hair care.

Premier League: 10 things to look out for this weekend

Meanwhile at United, David de Gea’s future continues to be fluid with Edwin van der Sar, predecessor and the purported future director of football at Old Trafford, saying: “Other goalkeepers can also fill the gap.” De Gea’s new contract, with his current one set to expire next summer, remains unsigned. One expected to be signed imminently however is that of Victor Lindelöf.

If United want to sign Jadon Sancho, a trail that went dead in the summer, then they might be encouraged by Borussia Dortmund’s move to sign Bayer Leverkusen’s Kai Havertz.

After all that United news, and that dodgy midfield, it comes as something of a shock that they are not being linked with Napoli’s Fabián Ruiz, the 23-year-old being compared to Spanish compatriot Xavi. Liverpool, Barcelona, Real Madrid and Bayern Munich are all interested in a player who will face Liverpool next week in the Champions League.

Not content with Ruiz and Kanté, Real Madrid will also be signing PSG’s Kylian Mbappé in the next couple of years, hopefully landing him next summer. The seduction and chicanery has already been set in motion by Florentino Pérez and his operatives. Meanwhile the Real president has even grander horizons in sight – he wants his club’s basketball team to be playing in the NBA’s Eastern Conference.

Neymar corner: Barcelona will do everything in their power to get him back from PSG, according to club director Javier Bordas. Lionel Messi has also joined the charm offensive. In an interview with Sport, he said: “Thinking about it on a sporting level, I personally think Neymar is one of the best players in the world and having him in our squad would increase our chances of achieving our objectives.”

One player who will not be leaving the French club is Marco Verratti, closing on a new contract and inheriting the captain’s armband from Thiago Silva, who is preparing to leave at the end of this season.

Another player absolutely, positively staying put is Christian Eriksen at Tottenham, whose manager Mauricio Pochettino has dismissed the summer of speculation that this page may or may not have been a small part of. Poch said: “He never said he was not happy here – he always was.”

Talk in Italy of a January move to Juventus, the Dane’s reportedly favoured destination, may not also necessarily mean that Eriksen is not happy with Spurs. It’s not them, it’s him?