Skip to content
You are here
Home > EltasZone > Football cannot be picky about where and when VAR is applied – but is one angle enough? | Paul Wilson 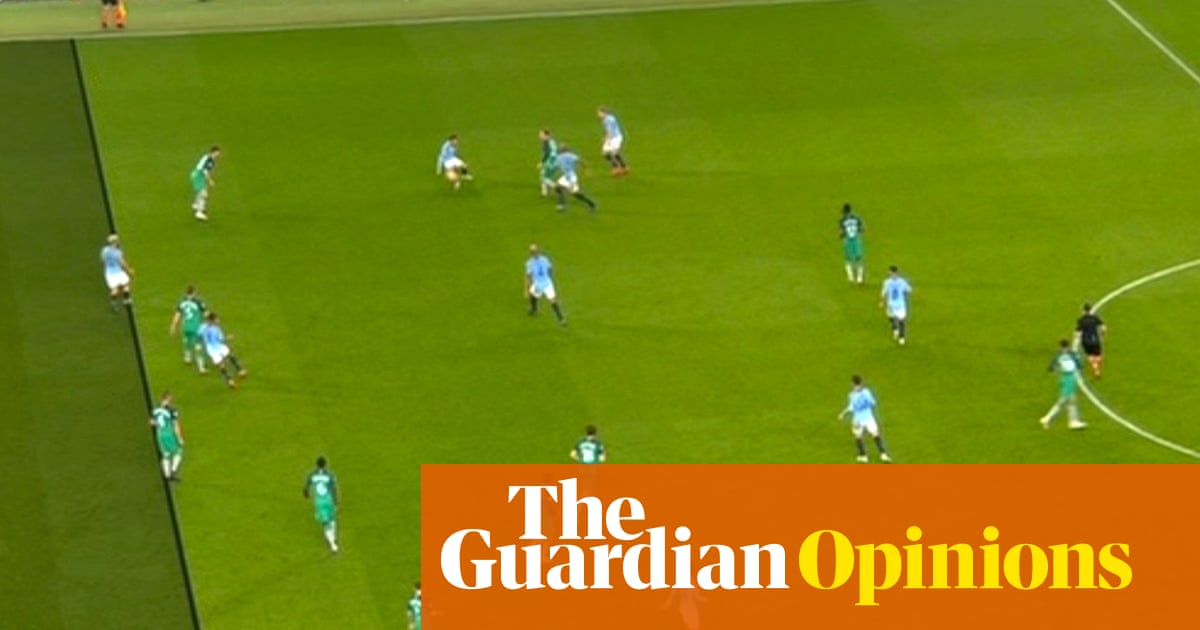 There is always the chance, when English clubs meet in European knockout football, that players who know each other so well will treat it as a pumped-up Premier League encounter rather than showing the respect and caution they might have afforded continental opponents, and the memorably frenetic showdown between Manchester City and Tottenham was an instant classic of the genre.

Never mind the woeful defending in the first 20 minutes, the inability of either side to hold on to an advantage or manage the game professionally, this was English football at its most appealing because both teams were going for goals and glory. Cagey it was not; it was simply a question of who could score more, and when the dust has settled on a thrilling and often controversial ding-dong between two of the best teams in the country it will be seen that the much-maligned away-goals rule had a lot to do with that.

Put simply, City went out because they failed to score at Tottenham. Spurs went through because they scored twice at the Etihad in the first 10 minutes, and from that point on there could never be equilibrium, one side or the other would always be winning. Many would like to scrap the away-goals rule, now regarded as an anachronism in modern, no-expense-spared football, but it was originally introduced in an attempt to avoid the awkwardness of replays in ties featuring teams from different countries, and it now functions just as well as a means of avoiding extra time and penalties.

What’s wrong with extra time and penalties? Well, nothing in theory, apart from the fact that a shootout is an arbitrary and unsatisfactory way to separate two evenly matched sides. In practice the main problem over the years has been that the emergency tiebreaker tacked on to the end has tended to loom too large over the actual event, with teams settling for unadventurous, risk-free football in the knowledge that they would be in with at least a 50-50 chance after the final whistle. City v Spurs was anything but risk free and unadventurous, it was glorious, and the away-goals rule deserves at least part of the credit.

Not that the Etihad quarter-final thriller has any chance of being remembered for that. Not when VAR was involved in two crucial decisions, awarding a goal to one side and cruelly robbing the other of what looked a certain winner. Pep Guardiola was not completely satisfied with the goal awarded to Fernando Llorente, arguing that from one camera angle the ball appeared to have gone in off his right arm. This is the question for football in 2019: is a single camera angle enough, when most others appeared to show nothing wrong?

Even VAR will not settle all disputes – to hear some City fans complaining you would think Llorente had punched the ball into the net – but what can be said is that both the referee and the remote scrutineers examined plenty of replays before concluding that there were no grounds for disallowing the goal. Llorente had not used his hand to propel the ball over the line, there was nothing in particular to see, and rather than blaming the review system City would have been better advised to look at their own defending when a far from prolific striker went up for a header and scored with his hip.

On the second VAR decision of the night it was possible to feel much more sympathy for City. It looked as though Raheem Sterling had scored a winning goal, and with barely seconds remaining his third of the evening had been celebrated as such. No offside flag had been raised against the scorer or Sergio Agüero, and the referee had not been besieged by Spurs players complaining about the latter’s position.

The reason for all that was that Agüero had only been marginally offside, and his transgression was difficult to see in real time. This is where VAR either comes into its own, or takes on a sinister aspect, depending on your point of view. The referee was told he might like to take another look before awarding the goal, and on doing so he spotted Agüero’s fractional infringement in the buildup.

Welcome to the modern world. The debate about whether VAR was simply doing its job and working as expected or sticking its nose in to undermine the referee’s authority on the pitch is sure to be a feature of next season, when it will be introduced in the Premier League. There is also a debate about whether goals should be disallowed for narrow offsides when the attacker was more or less in line and not obviously seeking to gain an illegal advantage, because there are more such borderline cases than might be imagined and VAR has the ability to spot them all.

Christian Eriksen had it exactly right when he said he felt like the luckiest man in the world when VAR overturned the goal decision. It was his mistake that had presented City with the ball at a stage in the game when Spurs were defending too deep without an outlet upfield to relieve the pressure, and he was lucky because he knew a less avoidable error by Agüero had come to his rescue. It therefore follows that City were unlucky, which minus the swearwords was what Fernandinho had to say about VAR after the game.

Yet technology is not only here, it is here to stay and the game cannot be picky about where and when it is applied. Without VAR City would be through to a Champions League semi-final, and rather than dancing on the pitch at the end Mauricio Pochettino would be pointing to a replay of the winning goal and claiming Spurs had been robbed. Which they demonstrably would have been. That would not have been just unlucky, it would have been unsatisfactory.

Spurs ready for final after watching Liverpool and dancing to Oasis

Timo Werner: ‘In Leipzig I was the best Timo I could be. I wanted a new way to grow’

Timo Werner: ‘In Leipzig I was the best Timo I could be. I wanted a new way to grow’

After hearing what people have been calling him, Timo Werner says: “I was a little bit surprised but Turbo Timo is not the worst nickname. Hopefully I can show the