Skip to content
You are here
Home >EltasZone >Everton vs. Arsenal Live Stream, TV Channel: How to Watch Premier League

How to watch Everton and Arsenal square off in a Premier League matchup on Sunday, April 7.

Everton hosts Arsenal in a Premier League contest on Sunday, April 7. Kickoff from Goodison Park in Liverpool is scheduled for 9:05 a.m. ET.

Everton entered the weekend 10th in the league standings with 43 points through 32 games. The Toffees come into the match riding a two-game winning streak, defeating both Chelsea and West Ham by 2–0 results. Kurt Zouma and Bernard notched goals for Everton in its most recent win.

Arsenal came into the weekend in the midst of a tight top-four race. The Gunners have won each of their past two Premier League matches and own 63 points through 31 matches. Arsenal most recently topped Newcastle in a 2–0 win behind goals from Aaron Ramsey and Alexandre Lacazette.

Here’s how to watch Sunday’s match:

Live stream: You can watch the match live via fuboTV. Sign up now for a free seven-day trial. 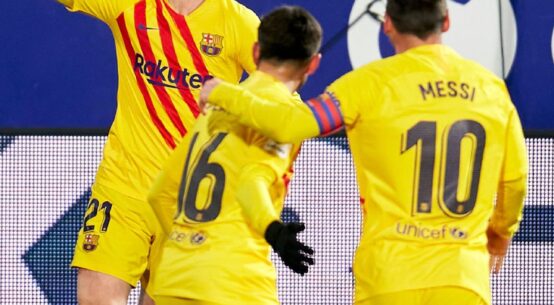 Liverpool’s farewell to Melwood: Photos, memories and a poem from Fowler!