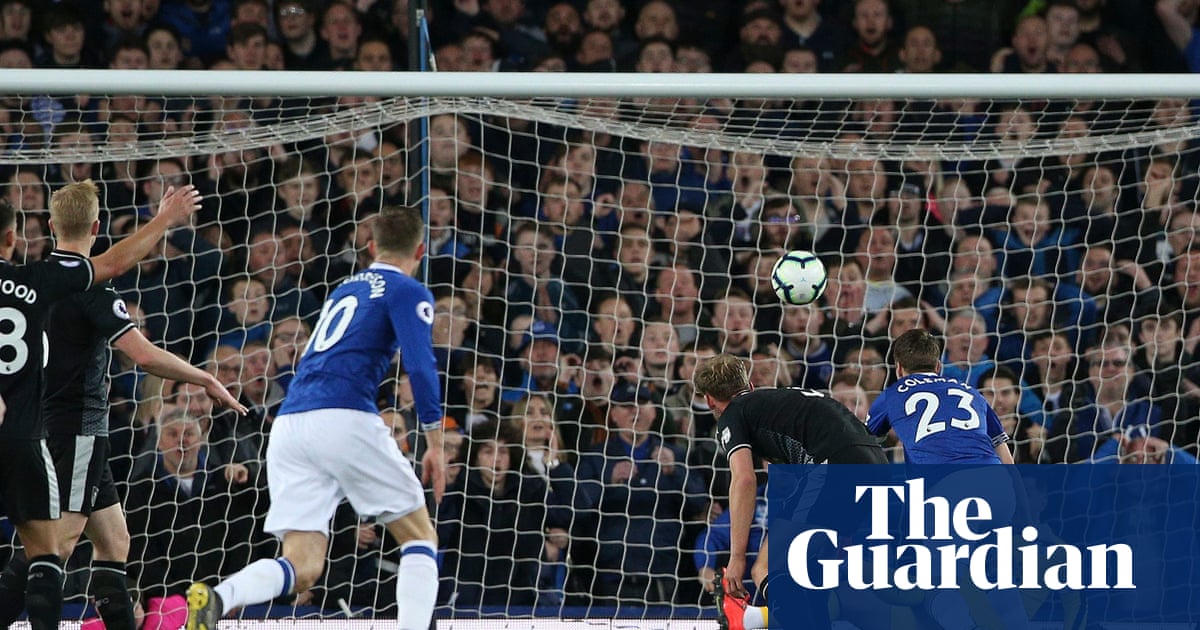 While Merseyside will host a Champions League semi-final on Tuesday, it may yet stage Europa League football in July. Everton reclaimed eighth place with a fourth straight home win and while their destiny is out of their hands, Leicester still have to visit Manchester City and Wolves must go to Liverpool. Everton’s neighbours could yet help book them a place in continental competition.

“It is not just in our hands,” said Marco Silva after Ben Mee’s own goal and Séamus Coleman’s strike continued Everton’s spring surge. “Now is a moment for us to wait. What we can control is our games.” Everton have done that expertly at Goodison Park, recording four consecutive wins and five straight clean sheet. They have rebranded their home ground a fortress and the applause for the entire squad during their a lap of honour showed how they have reclaimed their place in their fans’ affections.

With Chelsea, Arsenal and Manchester United already beaten and Liverpool prevented from scoring, Everton have shown a renewed ability to halt the best and if Burnley do not belong in that bracket, only three clubs have taken more points since the end of December. They were nevertheless brushed aside, two goals in four first-half minutes taking Everton’s tally to nine since they last conceded on home turf.

“The first 30 minutes we did fantastic,” said Silva. Burnley’s mischievous supporters have begun by taunting Jordan Pickford with chants of “England’s No 4”. It referenced their trio of international goalkeepers but, if Tom Heaton has established himself as the best of that triumvirate, he was beaten twice in swift succession as Everton turned dominance into goals.

Mee was debited with the first, denying Richarlison a 15th strike of a productive first season at Goodison Park. After Bernard and Gylfi Sigurdsson linked up to set him, the Brazilian let fly. His shot took a telling touch off Mee as it flew past Heaton.

Another defender was happier to be on the scoresheet. Coleman was on hand to head in the rebound when Heaton pushed Lucas Digne’s shot into his path. It was just his second strike in 27 months. Everton almost had a third of the night when the substitute Ademola Lookman’s shot flicked the bar.

Silva is not a manager with a noted sentimental streak but provided a different sort of late drama by granting Phil Jagielka a late cameo. A 385th Everton appearance may be the last. “There is a good possibility it could be,” said the captain, whose contract expires in a summer when he turns 37. “The answer will come in the next 10 days. I hope there are some great moments to continue but if not I can’t complain. If it is the farewell game at home then so be it.” The reception he was granted amounted to an appreciation of 12 years’ stalwart service. “Everything he deserves,” said Silva, who will meet Jagielka next week.

If Everton merited victory, Burnley had a gripe. It is a bugbear of Sean Dyche’s that his side rarely get penalties and their manager was irritated when the former Burnley defender Michael Keane escaped unpunished for a shove on Matej Vydra. “I think it is two in 92 [games],” he said. “It is a natural fall and you don’t get them any more. Me being a dinosaur, I am the only one who seems to bother.”

Run it back: Ravens GM says he wants a four-headed monster at running back in 2020