Skip to content
You are here
Home > EltasZone > ‘Dereliction of duty’: Fabian Schär plays on for Swiss after being knocked out 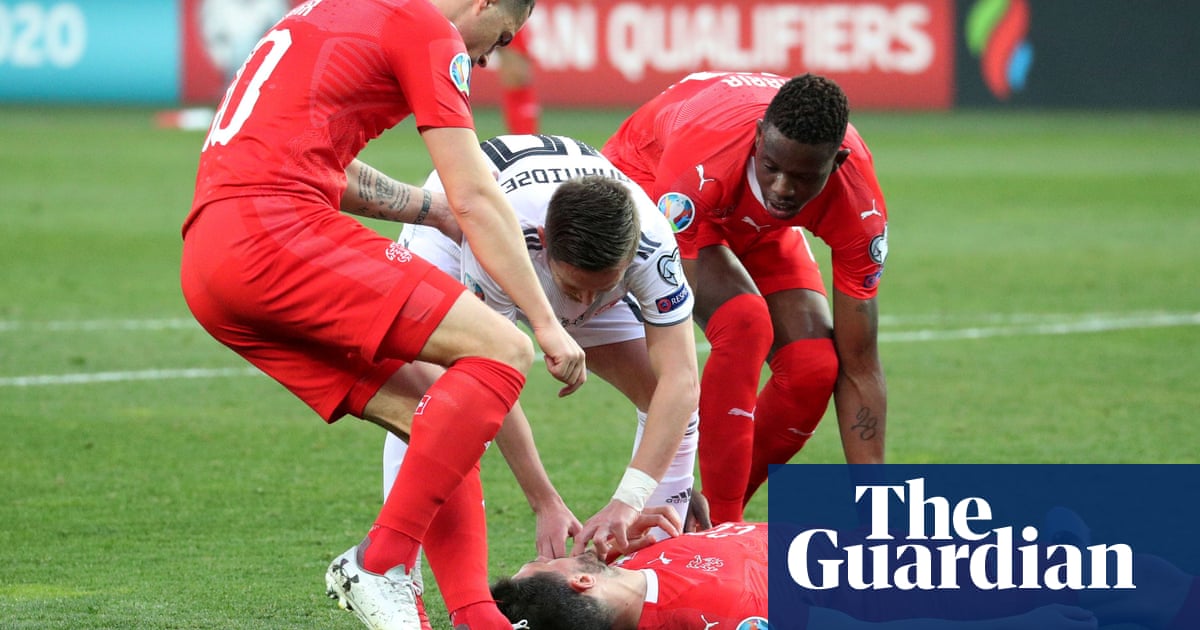 The brain injury charity Headway has called for a Uefa investigation after Newcastle’s Fabian Schär played on for Switzerland despite having been knocked unconscious.

The defender was involved in a clash of heads with Georgia’s Jemal Tabidze during the first half of Switzerland’s 2-0 Euro 2020 qualifying win in Tbilisi on Saturday.

David Ospina discharged from hospital after collapsing during Napoli match

Schär has said he was “knocked out for a few seconds”, and as he lay on the floor Georgia’s Jano Ananidze tried to stop the 27-year-old’s tongue from blocking his airway. Schär had around five minutes of treatment from medical staff before completing the game.

A statement from Headway said: “The charity has demanded Uefa launches an investigation into the circumstances that resulted in Swiss player Fabian Schär being cleared to continue playing in a match against Georgia – just minutes after being knocked unconscious and needing emergency help from a member of the opposition.”

Schär was quoted by the Swiss newspaper Blick on Saturday as saying: “I cannot remember anything. I was knocked out for a few seconds. My skull is still buzzing. I also have neck pain and a bump on the forehead. But it was worth it.”

McCabe added: “How many more players will have their careers and, more importantly, their lives and long-term health put at risk by the sport’s inability to follow its own protocols?

“Put simply, the decision to allow Fabian Schär to return to the field of play after suffering a clear concussion was not only incredibly dangerous but also a clear dereliction of duty.

“The player’s comments after the match are also deeply disturbing and again show the lack of awareness and understanding among players.”

Press Association Sport has contacted Uefa for comment. It is understood the medical departments of Newcastle and the Switzerland team are in contact.

Chris Wilder has spoken vehemently about the decision to allow a small section of fans into stadiums for some fixtures this weekend. 'We can have 1,000 people in the ground