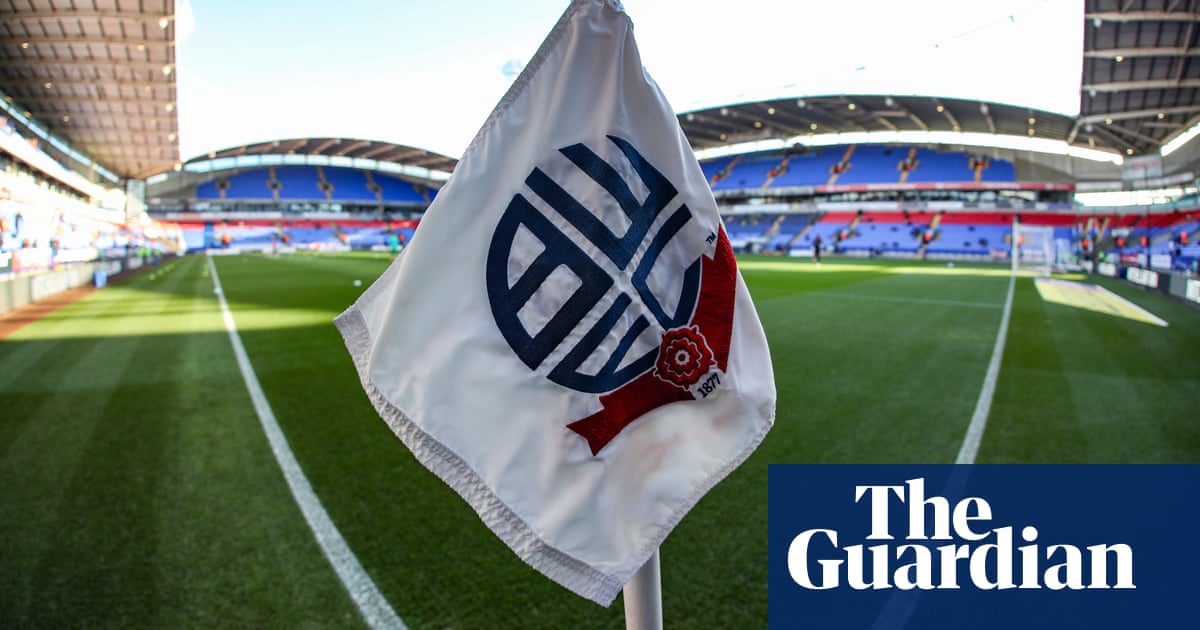 The former Watford owner Laurence Bassini has agreed a deal to buy Bolton, subject to approval from the English Football League.

“Significant funds” will be made available to pay wages and some creditors before the deal is ratified, with all debts to HRMC and suppliers settled once it has been completed, according to the club.

Outgoing chairman Ken Anderson said: “I am very pleased to hand over ownership of this great club to Laurence, I wish him and all of our supporters the very best for the future.”

Bolton have lost five of their last six games and will be relegated from the Sky Bet Championship to League One if they lose to Aston Villa on Friday. Earlier this month players staged a 48-hour strike after receiving their wages late for the second month in a row.

A statement from the club read: “Bolton Wanderers Football Club are delighted to announce that a sale and purchase agreement has been signed which will see Ken Anderson’s shareholding in Burnden Leisure Limited being sold to Mr Laurence Bassini.

“This agreement will give Laurence Bassini full control of Burnden Leisure Limited and of course both Bolton Wanderers Football Club and Whites Hotel.

“The change of ownership requires approval by the English Football League before the deal can be finalised. The financial terms of the transaction will remain private and confidential between the parties.

“Prior to the ratification by the EFL, significant funds will be immediately be made available to the club enabling the payment of the outstanding wages to the players and coaching staff along with a number of the long term creditors.

“Once completion has occurred, all the long terms debts to HMRC and suppliers will be settled.”